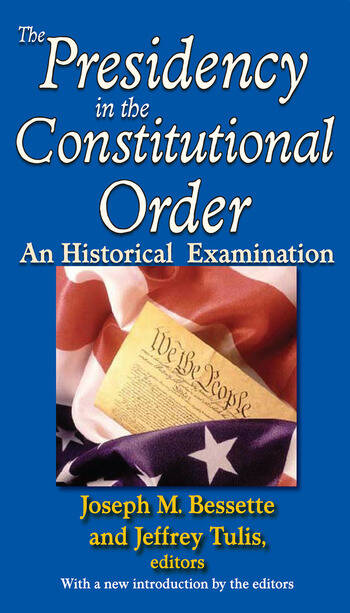 The Presidency in the Constitutional Order: An Historical Examination

This classic collection of studies, first published in 1980, contributes to the revival of interest in the powers and duties of the American presidency. Unlike many previous books on the constitution and the president, the contributors to this volume are political scientists, not law professors. Accordingly, they display political scientists' concern with structures as well as power, with conflict between the branches of government as well as their functional separation, and with political prescription as well as legal analysis. Underlying the entire volume is a persistent attention to the nature of executive power and its particular manifestation in the American system.

Part One introduces the foundations that underlie contemporary issues, including the famous James Madison-Alexander Hamilton debate over the powers of the presidency. Contemporary political and scholarly controversies, which are the subjects of Part Two, include the constitutionality of the War Powers Resolution of 1973, the legislative veto, executive privilege and secrecy, the character of the presidency, presidential selection, and the nature of executive power.

The essays in The Presidency in the Constitutional Order represent some of the most cogent thought available about the highest elected office in America, and the themes of the volume continue to be timely and provocative.

Preface
Introduction to the Transaction Edition (2010)

Part One—Foundations
I The Constitution, Politics, and the Presidency
Joseph M. Bessette and Jeffrey Tulis

The Presidency in the Constitutional Order: An Historical Examination