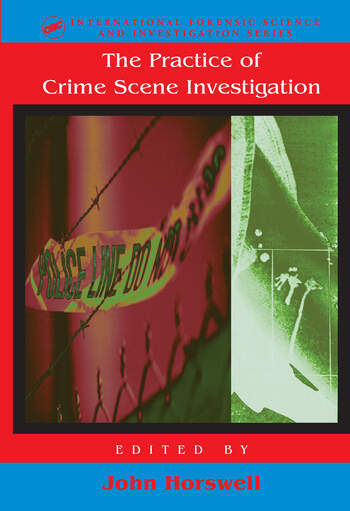 The Practice Of Crime Scene Investigation

Crime scene investigation involves the use and integration of scientific methods, physical evidence, and deductive reasoning in order to determine and establish the series of events surrounding a crime. The quality of the immediate crime scene response and the manner in which the crime scene is examined are critical to the success of the investigation. Evidence that is missed or corrupted by incomplete or improper handling can have a devastating effect on a case and keep justice from being served.
The Practice of Crime Scene Investigation covers numerous aspects of crime scene investigation, including the latest in education and training, quality systems accreditation, quality assurance, and the application of specialist scientific disciplines to crime. The book discusses a range of basic and advanced techniques such as fingerprinting, dealing with trauma victims, photofit technology, the role of the pathologist and ballistic expert, and signal processing. It also reviews specialist crime scene examinations including clandestine laboratories, drug operations, arson, and explosives.

"The authors have included a rather unique review of associative evidence and the Locard exchange principle. … The contributors to this text are clearly well-qualified and the resultant stand-alone chapters allow the reader to pick and choose the topics of interest. … [A] readable text with relevant content for the forensic specialist."
- Journal: Canadian Society of Forensic Science 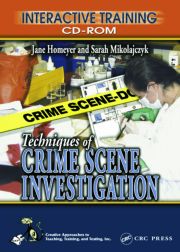 The Practice Of Crime Scene Investigation