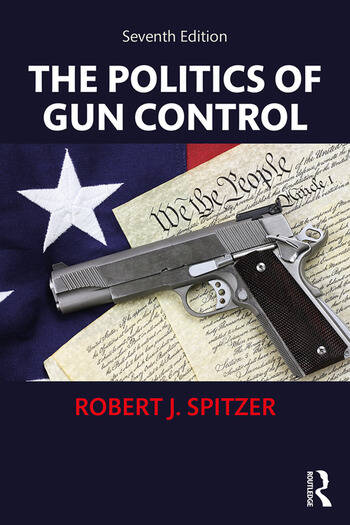 The Politics of Gun Control

The new edition of this classic text covers the latest developments in American gun policy, including shooting incidents plaguing the American landscape--especially the Orlando nightclub shootings, the San Bernardino incident, and the ongoing legacy of Sandy Hook--placing them in context with similar recent events. The incidents described in the book sparked a wave of gun control legislation at local, state, and national levels, some of which was successful, some doomed and all controversial. Robert J. Spitzer has long been a recognized authority on gun control and gun policy. His even-handed treatment of the issue--as both a member of the NRA and the Brady Center--continues to compel national and international interest, including interviews by the likes of Terry Gross, Tom Ashbrook and Diane Rehm. The seventh edition of The Politics of Gun Control provides the reader with up-to-date data and coverage of gun ownership, gun deaths, school shootings, border patrols and new topics including social media, stand-your-ground laws, magazine regulation, and shooting-related mental health initiatives.

New to the Seventh Edition

3. The Criminological Consequences of Guns

Robert J. Spitzer is Distinguished Service Professor and Chair of the Political Science Department at the State University of New York College at Cortland. He served on the New York State Commission on the Bicentennial of the U.S. Constitution, and from 2001 to 2003, was president of the Presidency Research Group of the American Political Science Association.

Praise for the Seventh Edition

First published in 1995 and frequently updated, Robert Spitzer’s excellent work is my go-to book for gun control. It is the single best primer available on gun control, and this new edition should be first on any list of readings on the topic. Anyone with an interest in firearms – for whatever reason – must read this book.

, The Ohio State University Bringing a classic book like this one up to date is always an important event. In this new edition, Robert Spitzer moves seamlessly between legal, social, and political perspectives to deliver a comprehensive panorama touching all the significant and nuanced issues in the current gun debate.

, Founder of Mike the Gun Guy: News and Notes about Guns; Author of Guns for Good Guys, Guns for Bad Guys

The Politics of Gun Control is a classic work in American politics and policy. The seventh edition continues to capture students’ imaginations (and those of faculty as well). Although arguments over gun control are frequently emotional, Robert Spitzer does his customary excellent job in providing a smart, clear-headed approach to an explosive issue.

This is the definitive book on gun politics, written by the dean of gun politics scholars.

Robert Spitzer's The Politics of Gun Control remains the source for in-depth, thorough, and fair information and analysis for the politics of firearms in the United States. In the crisp and thoroughly readable narrative of this new edition, Spitzer takes his audience from the Founding Era to the time of Trump, providing valuable and thought-provoking insight at every stop along the way. A very important piece of work.

The new edition of The Politics of Gun Control demonstrates that Robert Spitzer remains the preeminent scholar of firearm policy. He continues to deepen and refine his approach to the gun issue, providing a sober treatment of the persistence of gun violence and its relevance for making regulatory social policy. Spitzer’s detailed analysis and crystal-clear writing make this volume valuable for students at all levels, for public policy researchers, and for the general public.

The Politics of Gun Control is well-researched and comprehensive, and – most importantly – accessible for modern students of public policy. Through the lens of gun policy, Robert Spitzer superbly capture the nuances, absurdities, and relative certainties of American public policy.

Robert Spitzer has written the classic work on the gun control problem: His analysis is comprehensive, penetrating, and dispassionate. With essential information and perspective on the United States’ weak gun laws, this new edition of The Politics of Gun Control should be the primary resource for all researchers, engaged citizens, and public officials.

The Politics of Gun Control