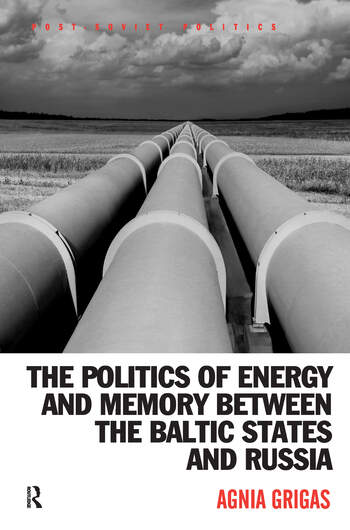 Since the 1990s, Baltic-Russian relations have been amongst the most contentious on the European continent. Energy security concerns, historical legacies, and the status of Russian minorities have all proved key flash points. Baltic-Russian relations have been described as a 'litmus test' of Russia's willingness to leave behind its imperialist ambitions; simultaneously the policies of Tallinn, Riga or Vilnius towards Russia can have a direct impact on EU-Russian and NATO-Russian relations. The Baltic states share similar histories and resources, and face the same geopolitical challenges. All are dependent on Russia for energy yet, as this fascinating study reveals, they have pursued very different foreign policies towards their powerful neighbour. In The Politics of Energy and Memory between the Baltic States and Russia Agnia Grigas provides an unprecedented analysis of contemporary Baltic-Russian relations and identifies the causal factors that drive the foreign policies of the Baltic states in such divergent routes. Supported by case studies on the oil and gas sectors as well as the tug of history, this book is an invaluable resource for scholars and policy makers.

Agnia Grigas (née BaranauskaitÄ—) specializes in energy security and emerging markets. She consults multinational corporations and governments on political risk and business development in Central and Eastern Europe. Agnia has also served as an adviser to a Lithuanian foreign minister and holds a PhD in International Relations from University of Oxford.

’Why do some European countries cooperate with Russia's moves to consolidate its energy supply dominance while others choose to resist? This compelling analysis of the Baltics states' stances toward Russia on energy and on national memory issues reveals that variation stems from differences in domestic political games and business interests more than questions of ethnic identity.’ Jack Snyder, Columbia University, USA ’Much has been written about EU-Russia oil and gas trading relationships and energy security, but little about the very special situation of the Baltic States. By placing Baltic energy relations with Russia in a political and historical context, this book makes a valuable contribution to political science, international relations and energy studies literature.’ Jonathan Stern, Oxford Institute for Energy Studies, UK ’As an episode of disimperialism, this study of the Baltic States in the post-Soviet era after the breakup of the Soviet Union makes a valuable contribution to international relations. Common elements in relations with Russia were the legacy of dependence, occupation damages, energy security and the entry of the three states into NATO and the European Union. But differences between the policies of the three countries toward Russia besides the existence of Russian minorities in Estonia and Latvia and their absence in Lithuania were different national issues and pipeline politics. This book is an excellent case study of how energy dependence and security issues interact and how the economic futures of Russia and the European Union are intertwined.’ Robert Mundell, Columbia University, USA ’Agnia Grigas's detailed analysis of the close connections between political and economic power and the central importance of the energy sector provides an important addition to our understanding of the complexities of Russian-Baltic relations in the Putin era.’ Andrew S. Weiss, Director, RAND Center for Russia and Eurasia ’A judicious