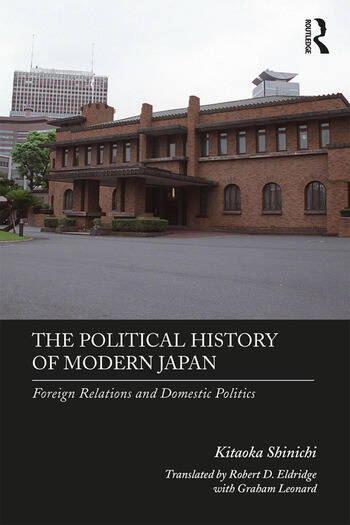 Spanning the 130-year period between the end of the Tokugawa Era and the end of the Cold War, this book introduces students to the formation, collapse, and rebirth of the modern Japanese state. It demonstrates how, faced with foreign threats, Japan developed a new governing structure to deal with these challenges and in turn gradually shaped its international environment. Had Japan been a self-sufficient power, like the United States, it is unlikely that external relations would have exercised such great control over the nation. And, if it were a smaller country, it may have been completely pressured from the outside and could not have influenced the global stage on its own. For better or worse therefore, this book argues, Japan was neither too large nor too small.

Covering the major events, actors, and institutions of Japan’s modern history, the key themes discussed include:

This book, written by one of Japan's leading experts on Japan's political history, will be an essential resource for students of Japanese modern history and politics.

1. The Political Characteristics of the Tokugawa Political System

2. Responding to the West

5. Creation of the Meiji Constitutional Structure

6. The Establishment of Parliament

7. The First Sino-Japanese and Russo-Japanese Wars

9. The Development of Party Government

11. The Rise of the Military

12. The Destruction of the Empire

14. The Development of LDP Politics

15. Changes in the International Order and the End of the Cold War

16. Japan's Colonies and Their Fates

Kitaoka Shinichi is President of Japan International Cooperation Agency and Professor Emeritus of the University of Tokyo and Rikkyo University, Japan.