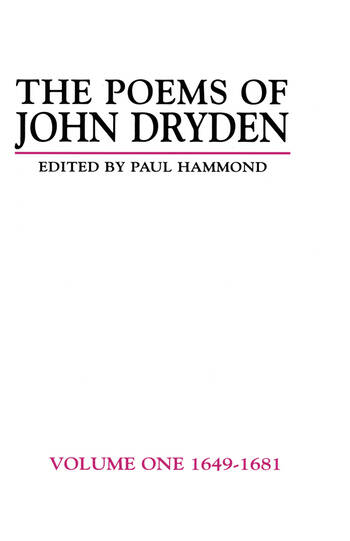 These first two volumes in a four-volume edition of Dryden's poems are the result of a complete reappraisal of the canon, text and context of his work. The text has been prepared from a fresh examination of the early printed editions, and takes account of the large number of manuscript copies which survive. Two recently discovered poems are included here for the first time. Headnotes to each poem provide details of the poem's date, publication history, sources and contemporary reception. Detailed explanations are given of the controversies addressed in his political poems, and particular attention is paid to Dryden's translations from classical writers including Virgil, Horace, Ovid and Lucretius.