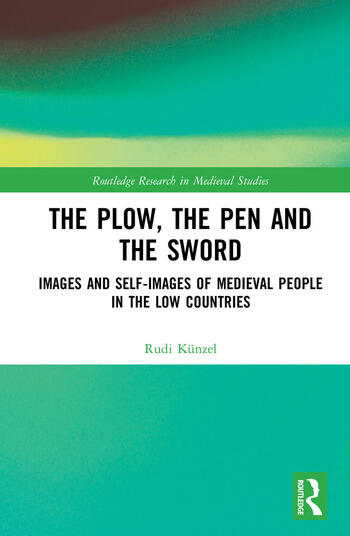 The Plow, the Pen and the Sword: Images and Self-Images of Medieval People in the Low Countries

This book compares the cultures of the different social groups living in the Low Countries in the early Middle Ages. Clergy, nobility, peasants and townsmen greatly varied in their attitudes to labor, property, violence, and the handling and showing of emotions. Künzel explores how these social groups looked at themselves as a group, and how they looked at the other groups. Image and self-image could differ radically. The results of this research are specified and tested in four case studies on the interaction between group cultures, focusing respectively on the influence of oral and written traditions on a literary work, rituals as a means of conflict management in weakly centralized societies, stories as an expression of an urban group mentality, and beliefs on death and the afterlife.

1. The Clergy: Self-Image and Ideology

2. Image and Self-Image of the Aristocracy

3. Church Views on Peasants: Cultural Exchange Between the Church and the Peasantry

5. Oral and Written Traditions in the Versus de Unibove

8. A Tournament of the Dead: Religious Diversity in an Exemplum by Caesarius of Heisterbach

Rudi Künzel previously taught in the Department of History at the University of Amsterdam.

The Plow, the Pen and the Sword: Images and Self-Images of Medieval People in the Low Countries