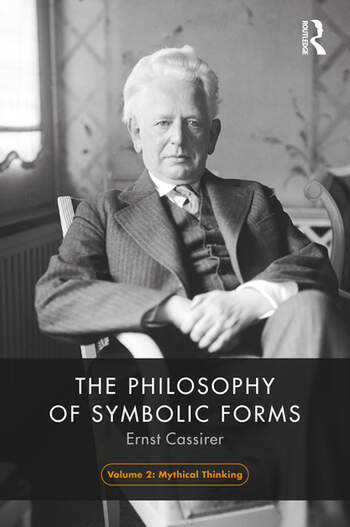 "The Philosophy of Symbolic Forms is one of the landmarks of twentieth-century philosophy. Drawing from the influential work of Wilhelm Dilthey, it transformed neo-Kantianism into a new robust philosophy of culture. The second volume, on Mythical Thinking, analyzes the fundamental layers of perception and expression as well as the articulations with religion and the dialectic with other forms, essentially language and art.

The intellectual breadth of the volume is remarkable. It initiated the debate with Martin Heidegger and prompted a long-lasting meditation by Hans Blumenberg. We are only beginning to recognize its importance for our understanding of the power of images in the construction of aesthetics, the self, and the socio-political world. It initiated a discussion within French sociology (Émile Durkheim, Marcel Mauss) that ultimately resurfaced in Pierre Bourdieu, while today it is considered as a resourceful path for cultural and critical theory (Drucilla Cornell and Kenneth M. Panfilio). Finally, this volume also offers solid grounds for a political critique of Nazism - specifically: Alfred Rosenberg’s Myth of the 20th Century and Adolf Hitler’s MeinKampf - as well as the new emerging totalitarian ideologies." - Fabien Capeilleres, Professor of Philosophy, editor of the French edition of Cassirer’s Works

This new translation makes Cassirer’s seminal work available to a new generation of scholars. Each volume includes an introduction by Steve Lofts, a foreword by Peter Gordon, a glossary of key terms, and an index.

Steve Lofts is Professor of Philosophy at King’s University College, Canada. He is the translator of Cassirer’s The Logic of the Cultural Sciences and The Warburg Years (1919-1933): Essays on Language, Art, Myth, and Technology.