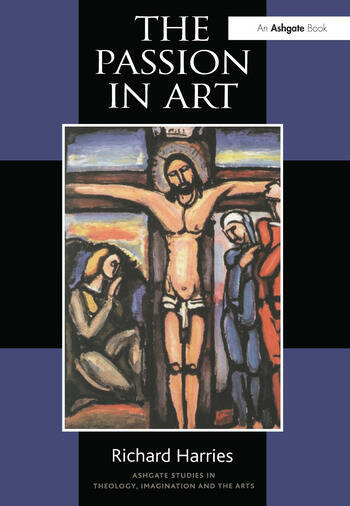 The Passion in Art

Jesus was not depicted on the cross until the early fifth century. Since then this scene has been painted or carved in sharply differing ways. With the aid of over thirty full-page plates, The Passion in Art explores the historical contexts and theologies that led to such differing depictions. Because the first Christians saw the Crucifixion and Resurrection of Jesus as different aspects of a unified victory over sin and death, scenes of the Passion are juxtaposed with some of the Resurrection, which again are highly varied in what they do and do not show. This is the first book to consider the Passion as portrayed in the whole sweep of Christian history. Each picture is considered both from the point of view of its context and its theological standpoint. Spanning the centuries, the images reproduced and discussed include: scenes from the Passion of Christ in the Catacombs of Domitilla, mosaics in Ravenna, the Rabbula Crucifixion and Resurrection, the Crucifixion Plaque from Metz, the Gero Crucifix, Cimabue's Crucifix, Giotto's Noli me Tangere, Piero della Francesca's Resurrection, the Isenheim altarpiece, Caravaggio's Supper at Emmaus, Rembrandt's Christ on the Cross, Chagall's White Crucifixion, contemporary paintings by Stanley Spencer, Graham Sutherland, Nicholas Mynheer, and many more works of great acclaim.

Contents: Introduction; Symbols in the Catacombs - 2nd and 3rd centuries; The victory of the Passion - a 4th-century sarcophagus; The first depiction of Christ on the cross - a 5th-century ivory; Women discover the empty tomb - a 6th-century mosaic; Christ in a long tunic - a 6th-century Gospel book; On the edges of empire - signs in stone from the 7th century; Christ dead on the cross - an 11th-century mosaic; Doubting Thomas - a Byzantine mosaic; The Anastasis - an 11th-century mosaic; Classical and cosmic - a Carolingian bookcover of the Crucifixion from the 9th century; A sense of the poignant - an Ottonian crucifix of the 10th century; Christ reigns from the cross as Priest and King - a Romanesque carving of the 11th century; On the road to Emmaus - a romanesque relief of the 12th century; The Chairete - a Venetian mosaic of the 12th century; The influence of the Theologians - a 13th-century illuminated Gospel; The Sublime Cimabue (1240-1302); Noli Me Tangere - Giotto's masterpiece of the early 14th century; A lily crucifix of the late 14th Century; The Anastasis - a 14th-century fresco; The Man of Sorrows (c.1490); Christ rises from the grave - Piero della Francesca's humanist vision of the 15th century; Extreme agony - The Isenheim altarpiece; The Supper at Emmaus by Caravaggio in the 17th century; Jesus alone - Rembrandt; Caspar David Friedrich and the Cross in Landscape; The White Crucifixion - Marc Chagall; Christ on the Cross - Georges Rouault; The Crucifixion - Stanley Spencer; The Noli Me Tangere - Graham Sutherland; The Supper at Emmaus - Ceri Richards; 'A sword shall pierce through thy own soul' - Crucifixion by Helen Meyer; Menorah - Roger Wagner; The Incredulity of Thomas - Nicholas Mynheer; Notes; Index.

Richard Harries was Bishop of Oxford from 1987-2006. On his retirement he was made a Life Peer and as Lord Harries of Pentregarth he continues to be active in the House of Lords. He is an Emeritus Gresham Professor, and a Fellow and an Honorary Professor of Theology at King’s College, London. He is an Honorary Doctor of Divinity of the University of London and an Honorary Fellow of Selwyn College, Cambridge and of St Anne's College, Oxford. He is the author of 26 books mainly on the interface of Christian faith and the wider culture, including the arts, and he is a Fellow of the Royal Society of Literature. He is the author of The Passion in Christian Art (Ashgate, 2004). His book Art and the Beauty of God, (Continuum 2000) was chosen as a book of the year by the late Anthony Burgess in The Observer. His most recent books include The Re-enchantment of Morality (SPCK), was which was shortlisted for the 2011 Michael Ramsey prize for theological writing.

'This is an excellent aid to reflection on the crucifixion and resurrection of Christ.' www.christianbookshops.org.uk 'It is a very remarkable, interesting and stimulating book. The pictures are well produced and Harries goes to the heart of the matter, unpicking and articulating a range of questions and reflections on the images. The book spans the centuries and is a remarkable collection of images which explore the context and theologies that led to such differing depictions of the Passion.' Contact '... the quality of production of the book is very high and the illustrations are beautifully done, and it would provide a very helpful support for anyone whose primary interest is in the contemplation of the images.' Art & Christianity 'The Passion in Art proves the artistic importance of the Paschal Mystery, from second-century inscriptions in the catacombs to the work of Nicholas Mynheer... This book serves as a useful introduction to the subject and is particularly valuable in sketching the broad developments of the theme and placing each depiction in its cultural and theological context.' The Art Book 'This beautiful book by the highly respected and scholarly bishop of Oxford shows clearly how sacred art functions as a theological locus, as a place of divine revelation for those who have eyes to see.' Worship

The Passion in Art