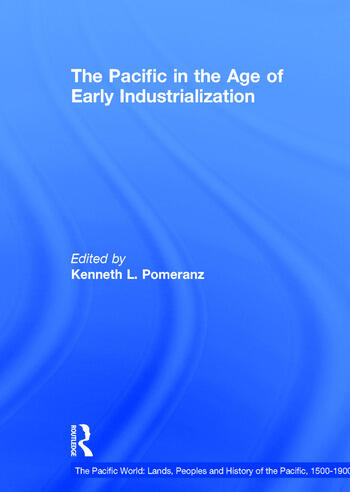 The Pacific in the Age of Early Industrialization

The essays selected for this volume show how the Pacific rapidly became part of an industrializing world. Its raw materials (notably rubber and copper) were critical, some of its handicraft industries were devastated by mechanized competition, others survived and adapted, contributing to distinctive patterns of industrialization that made Japan a new center of power, and also laid the groundwork for later growth in Taiwan, Korea, and coastal China. The Pacific coast of the Americas was also first drawn into an industrial world largely as an exporter of raw materials, but North and South diverged rapidly, portending futures even more different than those of Northeast and Southeast Asia. By the 1930s - when the uneven effects of industrialization would have much to do with plunging the Pacific into war - one can already glimpse in outline the structural bases for many of the region's contemporary characteristics. All this is set in context in the important introduction by Kenneth Pomeranz.

Contents: Introduction: Supplementary bibliography; The European miracle and the East Asian miracle: towards a new global economic history, Kaoru Sugihara; Traditional technology and its impact on Japan's industry during the early period of the industrial revolution, Erich Pauer; Country girls and communication among competitors in the Japanese cotton-spinning industry, Gary R. Saxonhouse; Handicraft and manufactured cotton textiles in China, 1871-1910, Albert Feuerwerker; Between cottage and factory: the evolution of Chinese and Japanese silk-reeling industries in the latter half of the 19th century, Debin Ma; The tribute trade system and modern Asia, Takeshi Hamashita; Competition in absentia: China, Japan, and British cotton textiles in Korea: 1876-1910, Kirk W. Larsen; 'Gentlemanly capitalism', intra-Asian trade, and Japanese industrialization at the turn of the last century, Shigeru Akita; Success ill-gotten? The role of Meiji militarism in Japan's technological process, Kozo Yamamura; Engineering China: birth of the developmental state, 1928-1937, William C. Kirby; Government and the emerging rubber industries in Indonesia and Malaya, 1900-1940, Colin Barlow and John Drabble; A note on the history of the textile industry in West Sumatra, Akira Oki; Colonialism and development: Korea, Taiwan, and Kwangtung, Samuel Pao-san Ho; The industrial far West: region and nation in the late 19th century, David Igler; Notes on the dawn of manufacturing in Chile, J. Fred Rippy and Jack Pfeiffer. Index.

Kenneth L. Pomeranz is Chancellor's Professor of History at the University of California, Irvine, USA.

The Pacific in the Age of Early Industrialization