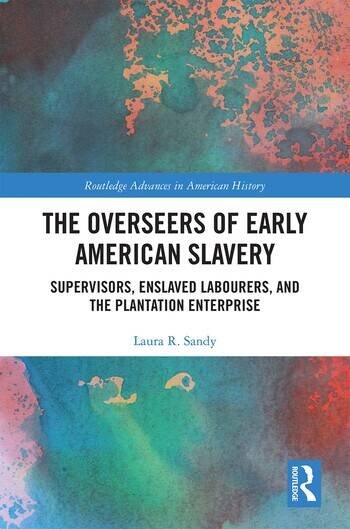 The Overseers of Early American Slavery: Supervisors, Enslaved Labourers, and the Plantation Enterprise

Enmeshed in the exploitative world of racial slavery, overseers were central figures in the management of early American plantation enterprises. All too frequently dismissed as brutal and incompetent, they defy easy categorisation. Some were rogues, yet others were highly skilled professionals, farmers, and artisans. Some were themselves enslaved. They and their wives, with whom they often formed supervisory partnerships, were caught between disdainful planters and defiant enslaved labourers, as they sought to advance their ambitions. Their history, revealed here in unprecedented detail, illuminates the complex power struggles and interplay of class and race in a volatile slave society.

1. One Plantation World: Overseers and Plantation Management in Eighteenth-Century Virginia and South Carolina

2. "But Where Shall We Find a Careful Overseer?": Recruitment and Duties

5. "Unmerciful Overseers" and Conflicts of Power: Violence, Defiance, and the Practice of Authority

6. A "Good Overseer" and an "Excellent Leader": Enslaved Overseers and the Plantation Enterprise

8. "The Tyranny and Villainy of Overseers": Slavery, Overseers, and the American Revolution

Laura R. Sandy is a lecturer in American history at the University of Liverpool and Co-Director of the Centre for the Study of International Slavery.

The Overseers of Early American Slavery: Supervisors, Enslaved Labourers, and the Plantation Enterprise