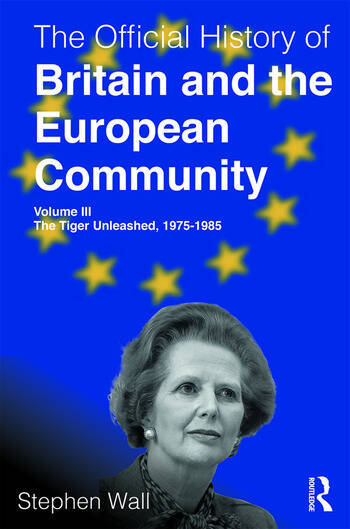 The Official History of Britain and the European Community, Volume III: The Tiger Unleashed, 1975-1985

Volume III of The Official History of Britain and the European Community covers the divisions over Europe of the Labour Government (1975–79) and the controversies surrounding Britain’s relations with her EEC partners under Margaret Thatcher.

As the UK prepares to leave the European Union, this book is the story of the stresses, quarrels, compromises and ambitions which contributed to an unhappy relationship between the United Kingdom and her European partners. Immediately after the 1975 referendum, when the British people voted by a large majority to stay in the European Community, the divisions in the Labour Party over Europe, which had caused the referendum in the first place, resurfaced as if nothing had changed. They dogged the beleaguered Government of James Callaghan and contributed to the defeat of the Labour Party in the General Election of 1979.

Margaret Thatcher proclaimed herself a pro-European Prime Minister but her premiership, too, was governed by a succession of crises in Britain’s relations with her partners as Thatcher fought to redress the unfair budget deal Britain had been forced to accept on accession, and then to secure her vision of a reformed, outward-looking, economically liberal Europe. This is also the story of personal relationships between Thatcher and the successive leaders of Germany, France and the United States. It is told through the contemporary accounts of the period, in the words, ideas and emotions of politicians and officials at the heart of Government.

This work will be of much interest to students of British politics, European Union history, diplomacy and International Relations in general.

Stephen Wall is a former British Ambassador to the EU and the Official Historian of Britain’s membership of the European Community.

The Official History of Britain and the European Community, Volume III: The Tiger Unleashed, 1975-1985