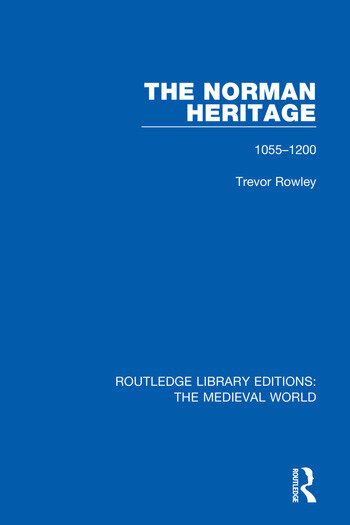 Originally published in 1983, The Norman Heritage looks at the Norman Conquest as a turning point in English history. The book argues that not only was this the last time that England was successfully invaded, but it followed a complete change in the ruling dynasty, the introduction of military feudalism, the reform of the church and the rapid spread of monasticism. The book suggests that such social and political changes were accompanied by dramatic architectural and topographical developments. Frenzied building activity resulted in the construction of cathedrals, churches, monasteries and castles and stone was used on a scale unknown since the end of the Roman Empire. The Norman desire to exercise regional political control and to simulate trade resulted in a rash of newly planned towns across the country. In many more subtle ways, Anglo-Saxon landscape was altered and modified by Norman coercion and influence. Through their energy and administrative ability, the Normans transformed the face of town and country alike, and this book traces the impact of the Norman Conquest upon the British scene, through both a historical narrative, surviving structural remains of buildings and the patterns of settlements, communications and land use that developed during this period.

1. The Coming of the Normans

2. The Norman Dynasty in England

3. Castles of the Conquest

4. The English Landscape at the Time of the Conquest

5. The Towns of the Conquest

6. The Impact of the Conquest on the Church

8. The Norman Impact on Wales and the Welsh Borderlands