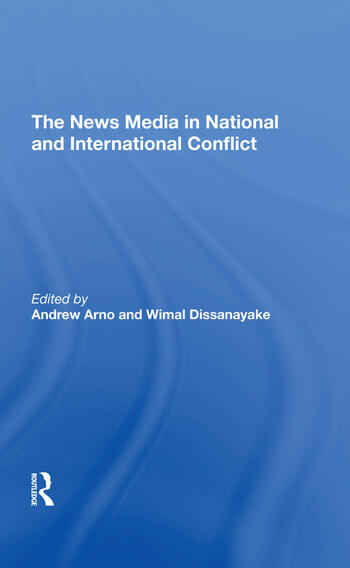 The News Media In National And International Conflict

Ironically, as telecommunications technology—the embodiment of modernity—advances, bringing people in different nations into more direct contact during conflict situations, traditional cultural factors become increasingly important as differing ways of thinking and acting collide. The mass media can be seen as a factor in the creation of international conflict; they also, claim many scholars, are the key to control and resolution of those problems. Whichever side of the coin one chooses to look at—mass communication as cause or cure of conflict—there is no doubt that the news media are no longer peripheral players on the global scene; they are important participants whose organizational patterns of behavior, values, and motivations must be taken into account in understanding national and international conflict. In this volume, a distinguished group of authors explores the variety of ways the news media—newspapers, radio, and television—are involved in conflict situations. Conflicts between the United States and Iran, India and Pakistan, and the United States and China are examined, and national-level studies in Sri Lanka, Iran, Hong Kong, and the United States provide varied contexts in which the authors look at the complex interrelationships among government, news media, and the public in conflict situations.

The News Media In National And International Conflict