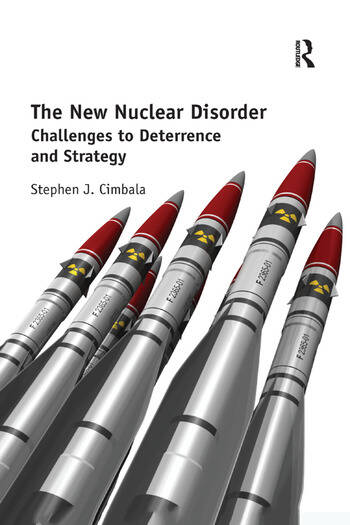 The New Nuclear Disorder: Challenges to Deterrence and Strategy

In the twenty-first century, the United States confronts an international system of great complexity and shifting security challenges. Among these challenges are those posed by nuclear weapons. Instead of becoming obsolete or being marginalized by the end of the Cold War and the demise of the Soviet Union, nuclear weapons have become more important to present and future international stability and peace but the relationship is paradoxical. On one hand, the spread of nuclear weapons to additional states with unsettled grievances or hegemonic ambitions threatens to destabilize local balances of power and set off regional arms races. In addition, the possible acquisition by terrorists of nuclear weapons or fissile materials creates a threat that may be ’beyond deterrence’ according to hitherto accepted concepts. On the other hand, nuclear weapons in the hands of other states can contribute to stable deterrence and help to prevent nuclear proliferation to international miscreants. Certain cases loom large in the short run that highlight this book’s relevance, including the possible acquisition and deployment of nuclear weapons by Iran and the continuing tensions created by North Korea’s nuclear arsenal. The Obama ’pivot’ of national security and defense emphasis to Asia reflects not only the growing economic importance of that region, but also the growing number of security dilemmas in a region that is already awash in nuclear forces. The management of nuclear crises and even the possible need to terminate nuclear wars before they expand beyond a single region are among the possible challenges facing future U.S. and allied policy makers and military leaders.

Stephen J. Cimbala is Distinguished Professor of Political Science at Penn State Brandywine. Dr Cimbala is an award winning Penn State teacher and the author of numerous works in the fields of national security studies, nuclear arms control and other topics.

’This book should be required reading for all of the military and civilian officials in the Pentagon, members of Congress, and national security analysts who will be involved in deciding whether the Pentagon should spend billions to modernize all three legs of the nuclear triad over the next decade in what Steve Cimbala correctly calls The Second Nuclear Age�. Only then will the US government be able to make a sound decision.’ Lawrence J. Korb, Center for American Progress, and former Assistant Secretary of Defense in the Reagan Administration ’Too many people who should know better dismiss nuclear weapons as having no strategic relevance or utility. In this incisive volume, Stephen Cimbala, one of our premier students of all things nuclear and of strategy, demonstrates just how wrong-headed this view is. As long as these weapons are available neither we nor any other government can escape the responsibility of thinking about them strategically. While the strategic environment is a new one, Cimbala convincingly shows that the problems generated by the existence of nuclear weapons may be different than before but they are no less important than during the Cold War.’ Stephen J. Blank, American Foreign Policy Council, USA ’For decades Stephen Cimbala has informed and elevated the discourse on nuclear strategy. In The New Nuclear Disorder he returns to familiar haunts, but offers troubling, paradoxical twists: a world with fewer warheads but more nuclear-armed nations heralds perilous new complexities; mutually agreed arms reductions may actually undermine deterrence; and improvements in missile defenses might spark a fresh new round of arms racing. In short, a sea of troubles looms ahead. Thankfully, Dr Cimbala has crafted outstanding navigational charts� to help us find our way.’ John Arquilla, US Naval Postgraduate School, USA

The New Nuclear Disorder: Challenges to Deterrence and Strategy