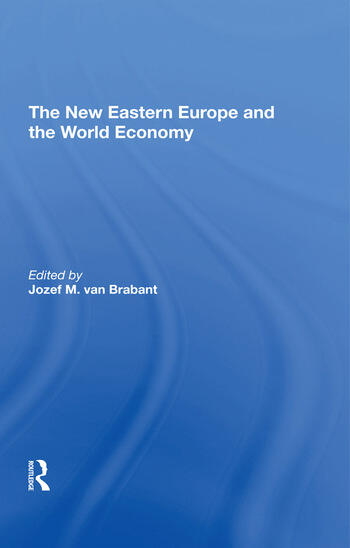 The New Eastern Europe And The World Economy

The unprecedented economic, political, and social changes that have followed the east European revolutions of late 1989 rank among the epochal events of the twentieth century. The end of the cold war has opened up far-reaching possibilities for international economic cooperation, which may be able to stimulate economic growth in the region and revive interactions with the global economy. This collection of essays comes to grips with the problems of repositioning the new Eastern economies in the global arena. The contributors address four main themes: freeing up foreign economic sectors through trade liberalization, currency convertibility, and greater access to markets for international capital; the disintegration of the trade payment, pricing, and settlements systems based on the transferable ruble; active participation in the key organizations entrusted with international financial, monetary, and trading regimes; and strategies for using international economic assistance to alleviate adjustment costs with ongoing transition policies

1 Introduction, 2 The Political Economy of External Transformation, 3 Transition, the World Economy, and Economic Unions, 4 Post-CMEA Trade and Payments Arrangements in the East, 5 The New East in Multilateral Economic Organizations, 6 Official Western Assistance for the Transition of the East, 7 Assistance to the Transition Economies and North- South Cooperation, 8 The West's Experience and the East, Agents Involved in Transferring the West's Experience, The Modernizing Capacity of Western Assistance, Can the West Change Management Styles in the East? , Developing Services in the PETs, Training and Molding New Economic Behavior, Conclusions, 9 Specialization for Eastern Europe and Access to EC Markets.

"Jozef M. van Brabant is Principal Economic Affairs Officer for the Department of Economic and Social Development of the United Nations Secretariat. "

The New Eastern Europe And The World Economy