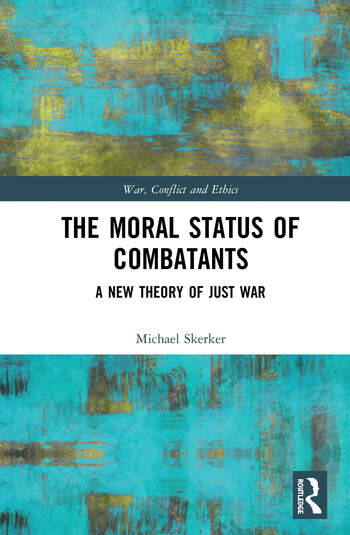 The Moral Status of Combatants: A New Theory of Just War

This book develops a new contractualist foundation for just war theory, which defends the traditional view of the moral equality of combatants and associated egalitarian moral norms.

Traditionally it has been viewed that combatants on both sides of a war have the same right to fight, irrespective of the justice of their cause, and both sides must observe the same restrictions on the use of force, especially prohibitions on targeting non-combatants. Revisionist philosophers have argued that combatants on the unjust side of a war have no right to fight; that pro-war civilians on the unjust side might be targetable; and that lawful combatants on the unjust side might in principle be liable to prosecution for their participation on the unjust side. This book seeks to undercut the revisionist project and defend the traditional view of the moral equality of combatants. It does so by showing how revisionist philosophers fail to build a strong foundation for their arguments and misunderstand that there is a moral difference between collective military violence and a collection of individually unjustified violent actions. Finally, the book develops a theory defending the traditional view of military ethics based on a universal duty of all people to support just institutions.

This book will be of much interest to students of just war theory, ethics philosophy, and war studies.

Part II: The Foundations of the Moral Equality of Combatants

3. The Culpability Standard of Liability

4. Responsibility, Justification, and Liability in War

5. The Foundations of Military Norms

7. The Moral Equality of Combatants

Michael Skerker is an Associate Professor in the Leadership, Ethics, and Law Department at the U.S. Naval Academy.

The Moral Status of Combatants: A New Theory of Just War