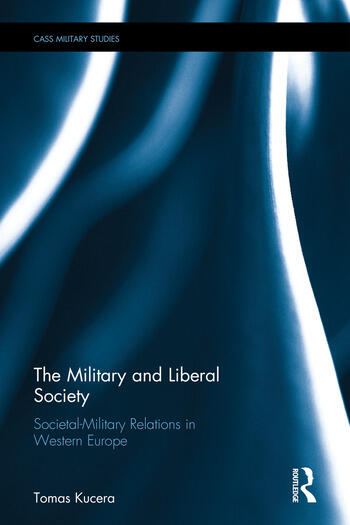 The Military and Liberal Society: Societal-Military Relations in Western Europe

This book describes to what extent and in what ways the military policies of Western European societies are determined by liberal ideology.

A wide variety of issues affected by liberal ideology, including conscription, conscientious objection, military mission, military ethics and the professional identity of soldiers are addressed in the book. The empirical analysis draws on the cases of the German Bundeswehr (from the 1950s onwards), the Swedish Armed Forces (the transformation after the end of the Cold War), and the British Armed Forces (from the beginning of the twentieth century onwards). The book’s examination of these cases reveals that specific policies, institutions and practices are preferred because of their relation to liberalism. Since Samuel Huntington’s seminal book The Soldier and the State the literature on civil-military relations and military sociology depicts the relationship between liberal ideology and military security as intrinsically antithetical. This book is conceived as a critical debate with Huntington. Contrary to the notion of antithetical societal-military relationship, this book demonstrates that a meaningful adaptation of the military to the principles possessed by its parent society can be, more often than not, desirable also from the perspective of security strategy.

This book will be of considerable interest to students of civil-military relations, military sociology, Western European politics, security studies and IR.

1. The Soldier and the Liberal State

3. Towards an Expeditionary Force: The Post-Cold War Transformation of the Bundeswehr

4. Swedish Armed Forces: From a Citizen Army to a Cosmopolitan Force

The Military and Liberal Society: Societal-Military Relations in Western Europe