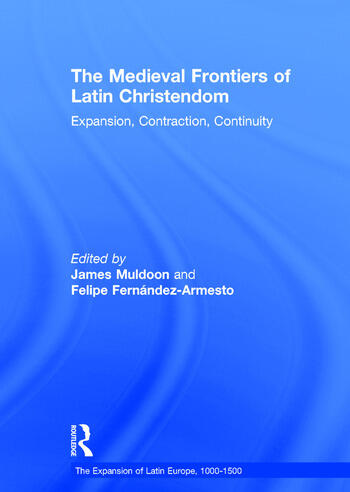 The aim of this first volume in the series "The Expansion of Latin Europe" is to sketch the outlines of medieval expansion, illustrating some of the major topics that historians have examined in the course of demonstrating the links between medieval and modern experiences. The articles reprinted here show that European expansion began not in 1492 following Columbus's voyages but earlier as European Christian society re-arose from the ruins of the Carolingian Empire. The two phases of expansion were linked but the second period did not simply replicate the medieval experience. Medieval expansion occurred as farmers, merchants, and missionaries reduced forests to farmland and pasture, created new towns, and converted the peoples encountered along the frontiers to Christianity. Later colonizers subsequently adapted the medieval experience to suit their new frontiers in the New World.

Contents: Introduction; Part 1 Expansion: The expansion of Europe I, William R. Shepherd; The American frontier - frontier of what?, Carlton J.H. Hayes; European colonial experience: a plea for comparative studies, Merril Jensen and Robert L. Reynolds; The significance of the frontier in the Middle Ages, Robert I. Burns; Medieval real estate developments and freedom, Bryce Lyon; Colonization activities in the Latin kingdom, Joshua Prawer; Missionary problems in the 13th century: a study in missionary preparation, Mathias Braun; Outsiders by birth and blood: racist ideologies around the periphery of medieval European culture, Richard C. Hoffmann. Part 2 Contraction and Redirection in the Late Middle Ages: The closing of the medieval frontier, 1250-1350, Archibald R. Lewis; The transfer of colonial techniques from the Mediterranean to the Atlantic, Charles Verlinden; The medieval; background of European and American oceanic history, Archibald R. Lewis; The Middle Ages in the conquest of America, Luis Weckmann; The Iberian background of Latin American history: recent progress and continuing problems, Charles Julian Bishko; The legacy of the Middle Ages in the American Wild West, Lynn White Jr. Part 3 Columbus: The pre-Columbian discovery of America, Jaime CortesÃ£o; Christopher Columbus and his enterprise to the Indies: scholarship of the last quarter century, Delno West; European expansion before Columbus: causes and consequences, Seymour Phillips; The inter-Atlantic paradigm: the failure of Spanish medieval colonization of the Canary and Caribbean islands, Anthony M. Stevens-Arroyo; Index.