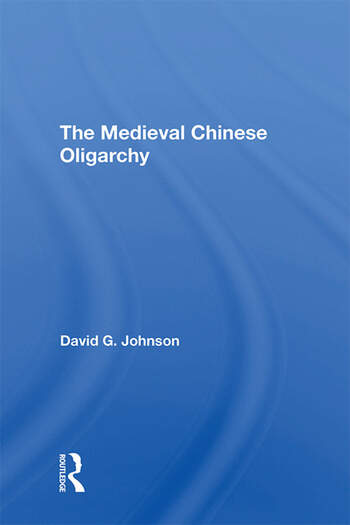 Most modern scholars recognize that there were great differences between China's ruling elite in the middle and late traditional period; many have called the period up through the T'ang dynasty "aristocratic," in contrast to the more meritocratic and socially mobile age that followed. But until now there has been no serious effort to discover how the social elite was defined in medieval times, and who belonged to it. David Johnson discusses in detail medieval definitions of the social elite, and, with the help of several manuscripts of the ninth century, identifies the families that belonged to that class.

David G. Johnson, assistant professor of Chinese history at Columbia University, specializes in the social history of China between the Northern and Southern dynasties and the Sung. He is also director of Columbia's new undergraduate program in East Asian Studies.