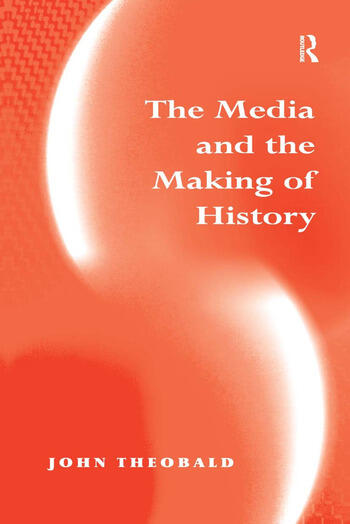 The Media and the Making of History

While the huge impact of the mass media on everyday social life is acknowledged, it has generally been assigned a peripheral role in the historical process. This intriguing book demonstrates that, far from being a footnote, media discourse has been a critical factor in recent European history, and indeed one that distinguishes the twentieth century from all previous ones. John Theobald looks back to the First World War, analyzing the use and abuse of journalistic discourse in the portrayal of events to the public and to decision-makers. He goes on to present a series of case studies demonstrating the active mass media role in a selection of key events from the twentieth century including: the Cold War, the collapse of Communism in the GDR and German unification, debates over the European Union and the impact of September 11, 2001. He sets these studies within the context of traditions of radical mass media criticism from early analysts such as Kraus, TÃ¶nnies and Tarde through to contemporaries such as Chomsky, Bourdieu and Pilger.

Contents: Moments of untruth; Radical media critics. The four generations; The great discursive illusion - 1914-1918; No word that fits. Media discourse and the rise of fascism; Comics and communism. Tintin fights the Cold War; Consuming reality. Mutually assured destruction and routines of embedded deception; Acting as if... resistance to dominant discourses of anti-communism and nuclear escalation in the 1980s; A collapse of hegemonic discourse. Resistance in Eastern Europe; Cold War victory and the selling of German unification; The longevity of wartime discourses and identities. The case of Britain and Europe; The Balkans revisited; Twin Towers of Babel. 'War on Terrorism' and 'anticipatory pre-emption'; Conclusion - for an active audience; Bibliography; Index.

’Real critical examination of the media, especially its place in great power, is still taboo among most journalists. John Theobald breaks that taboo in a powerful, incisive book that ought to be standard issue in media colleges.’ John Pilger ’This is a bold, forthright, and imaginative book that pulls no punches in its insistence on the baleful role of the mass media in the shaping of the modern world. In his provocatively perceptive case studies, Theobald marshals his topics ever closer to home, while at the same time throwing light on areas of media power and influence that will be quite new to many English-speaking readers.’ Professor John Sandford, University of Reading, UK ’The Media and the Making of History deserves a wide readership.’ MediaLens

The Media and the Making of History