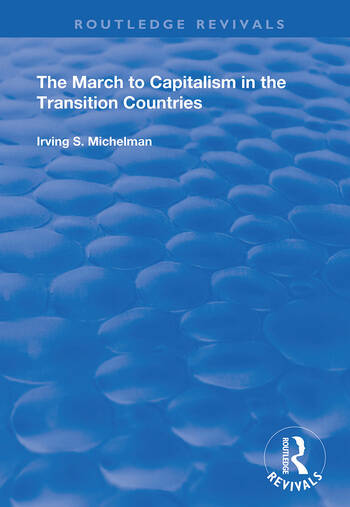 The March to Capitalism in the Transition Countries

First published in 1998, this book analyses and reconsiders one of the great economic dramas of Western history, the march to capitalism in Russia, Hungary, Poland, and the Czech Republic. The period is from 1989, after the fall of the Berlin Wall, when the liberated countries rushed headlong into democracy and capitalism. Special emphasis is on the role, often misunderstood, played by the Western-dominated aid agencies, the International Monetary Fund and the World Bank. They were called in while the Western countries dawdled and made empty promises. They basically financed and guided the transition, their own funds amounting to $50 billion, while issuing free-market strictures in the process. This reflected the supremacy of such ideology in the Thatcher-Reagan era. Russia, in its agony, offers a laboratory for the conflicting claims of free-market theory against a more pragmatic, experimental approach. China's hybrid-capitalism is also analyzed and compared.

’...such astonishing anecdotes and mini-histories, and such wise analysis...a treasure trove.’ Robert Heilbroner, Norman Thomas Professor Emeritus, New School for Social Research, USA; author of The Worldly Philosophers and Visions of the Future ’Very well-written. Raises many searching ideas about Russia’s transition.’ Marshall I. Goldman, Harvard University, USA ’A pragmatic, no-nonsense approach to the transition economies, showing mastery of the comparative perspective and a clear-eyed view of Western aid. A book of choice for the specialist and general reader alike.’ Gregory Freidin, Stanford University, USA; co-editor of Russia at the Barricades ’A balanced study of the interplay of history and ideology, and of the environment in which economic events unfold.’ Frank P. Davidson, Chairman, International Association of Macro-Engineering Societies; founder, Chunnel Study Group ’The rich philosophical ideas are highly impressive. For the study of the progress, policies and theoretical background of transition countries, the book is inspirational.’ Chi Fulin, China Institute for Reform and Development, China ’...recommended for comprehensive economics and political science collections.’ CHOICE ’A wonderful achievement, very interesting and very nicely written.’ Richard Layard, London School of Economics and Political Science, UK 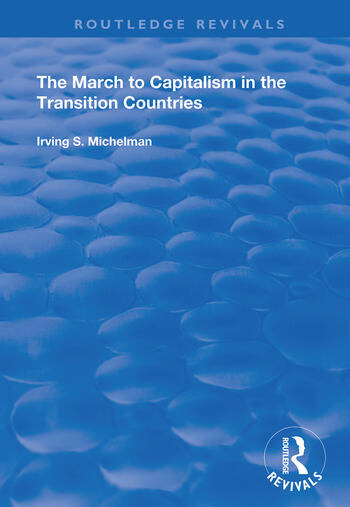 The March to Capitalism in the Transition Countries