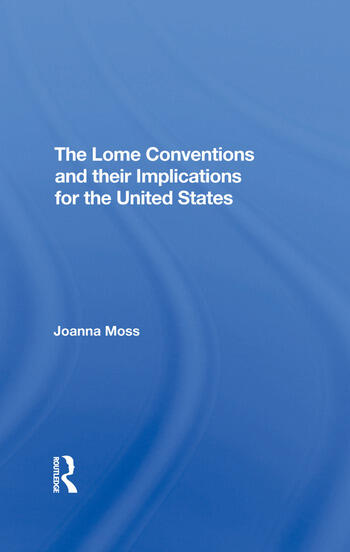 The Lome Conventions And Their Implications For The United States

In recent years the Lome Conventions have guided trade and economic relations between the EEC and more than 60 African, Caribbean, and Pacific nations (ACP). Addressed to the development needs of the ACP, the treaties include provisions for expanding export trade, stabilizing export earnings levels, providing multilateral aid, assisting in mineral and fuel production, and bolstering investment and technology transfer from the EEC to ACP countries. This book reviews the Lome provisions and the expectations surrounding them and provides a concise economic analysis of the results of the first Lome accord (1975-1979). It also examines Lome's effects on U.S. international economic interests. Dr. Moss's analysis shows that many provisions of the Lome Conventions have not had the results hoped for, particularly from the perspective of the developing nations, but that they do provide some benefits to the ACP and give the European Economic Community an advantage over the U.S. in trade with ACP nations. She concludes by suggesting steps the U.S. might take to improve its position regarding trade and aid to developing countries.

Joanna Moss is assistant professor of economics at San Francisco State University. In the past, she has served as an economist for international banks and as an advisor to the U.S. government in international commodity negotiations.

The Lome Conventions And Their Implications For The United States