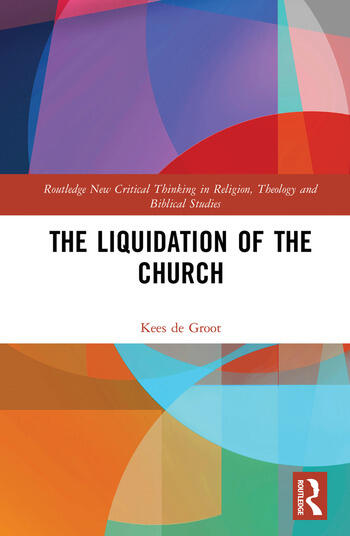 The Liquidation of the Church

Is religion dying out in Western societies? Is personal spirituality taking its place? Both stories are inadequate. Institutional religion is not simply coming to an end in Western societies. Rather, its assets and properties are redistributed: large parts of the church have gone into liquidation. Religion is crossing the boundaries of the parish and appears in other social contexts. In the fields of leisure, health care and contemporary culture, religion has an unexpected currency.

The metaphor of liquidation provides an alternative to approaches that merely perceive the decline of religion or a spiritual revolution. Religion is becoming liquid. By examining a number of case studies in the Netherlands and beyond, including World Youth Day, television, spiritual centers, chaplaincy, mental healthcare, museums and theatre, this book develops a fresh way to look at religion in late modernity and produces new questions for theological and sociological debate. It is both an exercise in sociology and an exercise in practical theology conceived as the engaged study of religious praxis. As such, the aim is not only to get a better understanding of what is going on, but also to critique one-sided views and to provide alternative perspectives for those who are active in the religious field or its surroundings.

Part 2: Parish and Beyond: Ecclesial Maneuvers in Fluidity

3 The Modern Parish Dealing with Choice

5 God in the Living: Celebrating Mass through the Television Screen

6 The Christian Tradition on the Spiritual Market

Part 4: The World Takes Over: the Use of Religion in the Secular Sphere

9 Private Matters: the Presentation of Religion in a Museum

10 Playing with Religion in Contemporary Theatre

11 The Liquidation of the Church

Kees de Groot is Lecturer in Practical Theology and Religious Studies at Tilburg University and Coordinator of the Master’s program Christianity and Society. He has studied sociology at the University of Amsterdam, wrote a doctoral dissertation on religion and mental health care at Leiden University (1995), and studied theology at Tilburg University. He has contributed to various volumes in and on sociology of religion, and has published on Zygmunt Bauman, Catholicism, theatre, and comics in the International Journal for the Study of the Christian Church, Social Compass, and Implicit Religion.

‘De Groot's book helpfully shows how liquid modernity has begun to transform twenty-first-century Christianity in the developed world. It is an outstanding book, and highly recommended.’ – Martyn Percy, Christ Church, University of Oxford, in Modern Believing

‘The case-studies offer a range of insight into fascinating aspects of religion (and Catholicism in particular) in interaction with contemporary culture. I commend this book, for its careful observation and analysis, for resisting sociological orthodoxies, and for its insight.’ – Andrew Todd, Cambridge Theological Foundation, Anglia Ruskin University, in Practical Theology

'This is a thoughtful and nuanced account of the social and theological challenges facing churches today in the Netherlands. A fascinating book.' - Robin Gill, University of Kent, in Journal of Contemporary Religion

'De Groot makes out his thesis about ‘redistributed’ liquid post-modern religion with great expertise. I just happen not to buy it.' - David Martin, LSE, Theology

The Liquidation of the Church