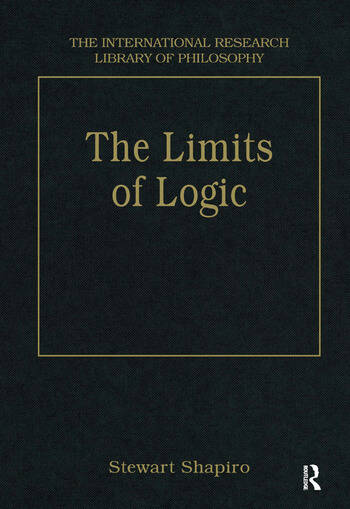 The Limits of Logic: Higher-Order Logic and the Löwenheim-Skolem Theorem

The International research Library of Philosophy collects in book form a wide range of important and influential essays in philosophy, drawn predominantly from English-language journals. Each volume in the library deals with a field of enquiry which has received significant attention in philosophy in the last 25 years and is edited by a philosopher noted in that field.

’Almost every significant paper on second-order logic and the philosophical importance of the LÃ¶wenheim-Skolem theorems is here in this collection...a useful addition to the library of anyone interested in the nature of logic in general and in the function of second-order methods in particular.’ Studia Logica

The Limits of Logic: Higher-Order Logic and the Löwenheim-Skolem Theorem