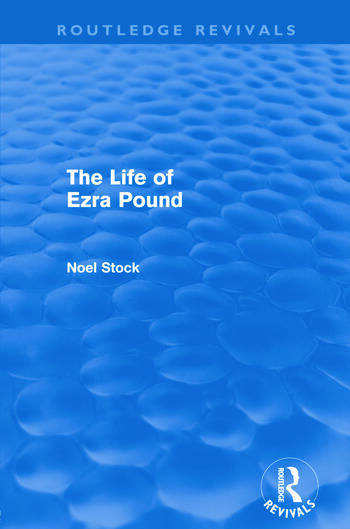 First published in 1970, this is a detailed and balanced biography of one of the most controversial literary figures of the twentieth century. Ezra Pound, an American who left home for Venice and London at the age of twenty-three, was a leading member of ‘the modern movement’, a friend and helper of Joyce, Eliot, Yeats, Hemingway, an early supporter of Lawrence and Frost. As a critic of modern society his far-reaching and controversial theories on politics, economics and religion led him to broadcast over Rome Radio during the Second World War, after which he was indicted for treason but declared insane by an American court. He then spent more than twelve years in St Elizabeth’s Hospital for the Criminally Insane in Washington, D.C. In 1958 the changes against him were dropped and he returned to Italy where he had lived between 1924 and 1945.