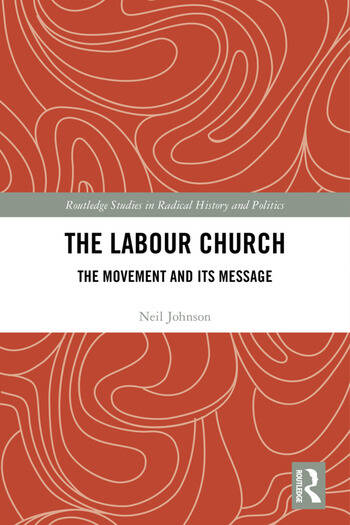 The Labour Church: The Movement & Its Message

This book aims to unpack the core message of the Labour Church and question the accepted views of the movement by pursuing an alternative way of analysing its history, significance and meaning. The religious influences on late-nineteenth/early-twentieth-century British Socialism are examined and placed within a wider context, highlighting a continuing theological imperative for the British Labour movement.

Challenging the historiography and reappraising the political significance of the Labour Church, this book will be of interest to students and scholars researching the intersection between religion and politics, as well as radical left history and politics more generally.

1. The Religions of Socialism: Answering the Labour Question

Appendix 1 - a written reconstruction of the first Labour Church service

Neil Johnson was born and raised in the North East of England; for the past 20 years he has lived with his family in Birmingham where he serves as a Methodist minister. He was awarded his PhD at the University of Birmingham in 2015, having been supervised through his research on the Labour Church movement by Professor Hugh McLeod. In 2017, he became an Honorary Research Fellow of the Queen’s Foundation, Birmingham.

The Labour Church: The Movement & Its Message