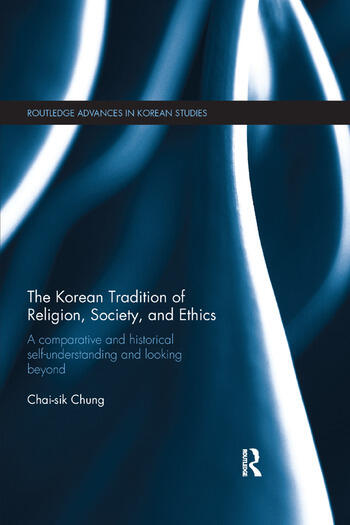 The Korean Tradition of Religion, Society, and Ethics: A Comparative and Historical Self-understanding and Looking Beyond

By making Korea a central part of comparative history of East Asian religion and society, this book traces the evolution of Korean religion from the oldest representation to that of the current day by utilizing wide-ranging interdisciplinary and comparative resources.

This book presents a holistic view of the enduring religious tradition of Korea and its cultural and social significance within the wider horizons of modern and globalizing changes. Reflecting nearly five decades of the author’s work on the subject, it presents an understanding of the main current in Korean religion and social thought throughout history. It then goes on to examine discourses on values and morality involving the relationship between religion and society, in particular the human meaning of economy and society, which is one of the most central and practical problems in the contemporary world with global relevance beyond Korea and Asia.

Addressing the overview of the Korean religious tradition in the context of its impact on the making of modern society and economy, this book will appeal to students and scholars of Religious Studies, Korean Studies and Asian Studies.

2. The Configuration of the Religious Tradition

3. The Patterns of Cultural Interaction

4. Economy and Society: Notes on Max Weber, Korea, and Asia

5. The Economic Ethic of Asian Religions

Conclusion: The Challenge of a Religious and Social Ethical Breakthrough in Korea

Chai-sik Chung is Walter G. Muelder Professor of Social Ethics Emeritus at Boston University School of Theology, USA. His numerous publications include A Korean Confucian Encounter with the Modern World (1995).

The Korean Tradition of Religion, Society, and Ethics: A Comparative and Historical Self-understanding and Looking Beyond