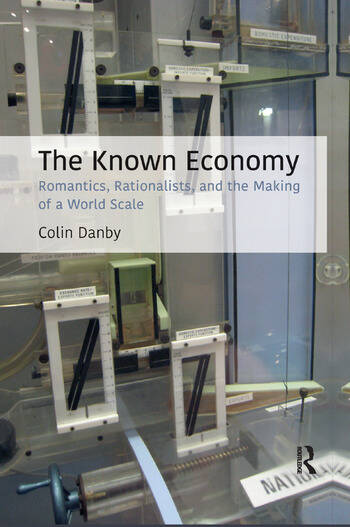 The Known Economy: Romantics, Rationalists, and the Making of a World Scale

Why do critics and celebrants of globalization concur that international trade and finance represent an inexorable globe-bestriding force with a single logic? The Known Economy shows that both camps rest on the same ideas about how the world is scaled. Two centuries ago romantic and rationalist theorists concurred that the world was divided into discrete nations, moving at different rates toward a "modernity", split between love and money. Though differing over whether this history is tragedy or triumph, they united in projecting an empty "international" space in which a Moloch-like global capitalism could lurk.

tracks the colonial development of national accounting and re-examines the ways gender and heteronormativity are built in to economic representation. It re-interprets the post-WWII spread of standardized economic statistics as the project of international organizations looking over the shoulders of national governments, rather than the expanding power of national governments over populations.

Part 1: The Voice of Economy

Introduction to Part I

2. A Jewish Economy in Palestine

3. Body of the Nation

4. Shape of the World

6. The IMF Makes the World

8. Shock of the Modern

Colin Danby received a Ph.D. in Economics from the University of Massachusetts Amherst in 1997 and is currently Professor of Interdisciplinary Arts and Sciences at the University of Washington, Bothell. He has published articles in Post Keynesian theory, Feminist Economics, and Economic Anthropology.

The Known Economy: Romantics, Rationalists, and the Making of a World Scale