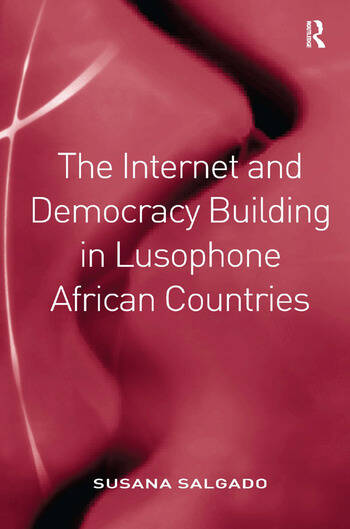 The Internet and Democracy Building in Lusophone African Countries

This timely book fills an important gap in the literature on the influence of the Internet and new media in Portuguese speaking African countries. Based on extensive field work throughout the region the author examines the influence of the Internet in the transition to democracy in Africa, and asks whether there are new possibilities for popular activism to emerge from evolving communication environments and media systems. The book analyses the different forms of democracy, the concept of development, and addresses the debate about the relationship between democracy and development and explores the influence of the media in the democratization process, the promises that digital media bring to this process and to development and the implications of the African digital divide. In certain countries in this region democracy and independent news media are in their infancy but are starting to take hold, giving an excellent opportunity to observe the dynamics of civil society and the influence of increased freedom, new voting powers and new media in particular. The book offers important insights into the roles and functions that the media in general, and the Internet in particular, can perform in the creation of a more democratic society, as well as in empowering and educating citizens in democratic values.

Susana Salgado (Ph.D. 2007, University of Lisbon) is a researcher and professor of political communication and media and politics. Her main research interests are political communication, comparative media studies, media and democratization, media and elections, and politics and the Internet. Over the last few years her comparative research projects have been broad in geographical scope, and include different projects on Europe, Portugal and Brazil and an extensive analysis of the role of the media in African democratization processes in comparative perspective. Her publications include three single-authored books and several book chapters and journal articles in peer-reviewed publications on these topics. Susana is a member of the Network of European Political Communication Scholars (Nepocs), which is a network for furthering research and teaching in comparative political communication. She is also member of the management committee of COST Action IS1308: Populist Political Communication in Europe's New Media Environment: Comprehending the Challenge of Mediated Political Populism for Democratic Politics, as well as vice-chair of the working group: Populist Actors as Communicators.

’Challenging our ethnocentric view of what the internet can, should and will do for democracy, Salgado lifts the veil on innovative approaches to digital media life in Africa facilitating democratic change and the numerous challenges faced by users, sometimes at great personal risk. A fascinating insight into the development of modern communications in a somewhat neglected geographic area.’ Paul G. Nixon, The Hague University of Applied Sciences, The Netherlands ’There are two valuable reasons to read this interesting book. First of all it deals with a part of the world often neglected in the mainstream literature. Second, contrary to most of the existing research on the topic, it focuses on both legacy and new media and their combined role in the process of democratization. This combination represents the main novelty of the present media system worldwide.’ Paolo Mancini, University of Perugia, Italy

The Internet and Democracy Building in Lusophone African Countries