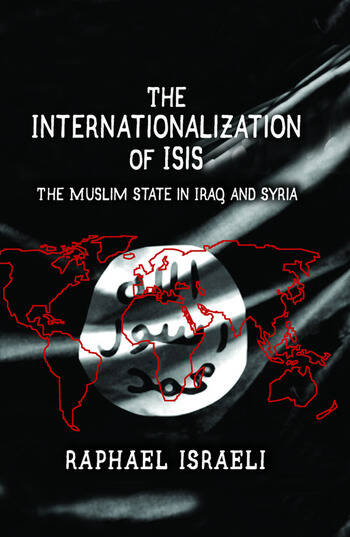 The Internationalization of ISIS: The Muslim State in Iraq and Syria

An Islamic terrorist movement, ISIS (also dubbed IS or ISIL), has taken advantage of the chaotic "Arab Spring" in Syria and Iraq to declare an Islamic Caliphate wherever it has been able to rise to power. This movement is continuously attempting to extend the territory of its rule. The Egyptian Sinai Peninsula and the Libyan post-Qaddafi desert country have sworn allegiance to the Caliphate and every town that is captured by the fighting forces of ISIS is forced to submit to strict Islamic law.

The Caliphate movement is constantly increasing its power and influence. It is not only sustained by the thousands of local recruits, but it is reinforced by many thousands of Muslim minority youth dwelling abroad. These youths are charmed by the "purity" of its ideals and goals, its brutal and coercive ways, and its defiance of the West.

The United States, some "moderate" Arab allies in the Gulf, and some other international players, including Russia, have launched attacks against the ISIS forces to prevent them from further destroying the ancient cultures of Mosul and Palmyra, dedicated by UNESCO as part of the world heritage. Beyond that there does not seem to be any force capable of arresting their advance or checking their universal appeal to Muslims around the world. Israeli's pessimistic conclusion is that ISIS may be contending for power in the Middle East for many years to come, while threatening to become a centre of terrorist activity against the West.

1 ISIS in the Web of Radical Muslims

2 ISIS, a State in the Making

4 Statehood or Nationalism vs. Caliphate

5 Muslim Radicals in the West

The Internationalization of ISIS: The Muslim State in Iraq and Syria