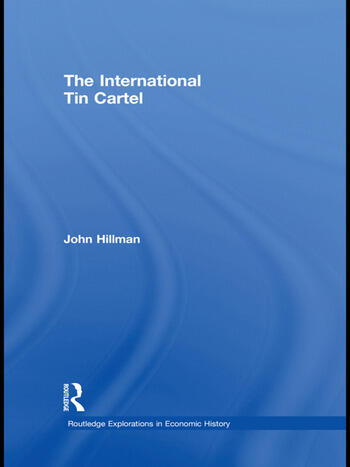 For most of the twentieth century, tin was the site of new forms of international regulation which became a model for other commodities. The onset of the depression of the 1930s saw a collapse in commodity prices, and governments of tin producing countries decided to form a cartel to return the industry to comparative prosperity. This is a detailed study of how the tin industry found itself in difficulty and how the cartel developed its policies of control over production and stocks, together with its enduring legacy after World War II.

This study of a cartel brings together two levels of analysis that are normally kept separate; international cooperation, and national organization, and demonstrates how each affected the other. It is based on a comprehensive review of a wide range of archival sources which are sufficiently rich and frank that they provide an insider’s sense of how a cartel actually worked.

John Hillman taught Sociology and International Development Studies at Trent University, Ontario, from 1968 to 2004 where he is now Professor Emeritus.