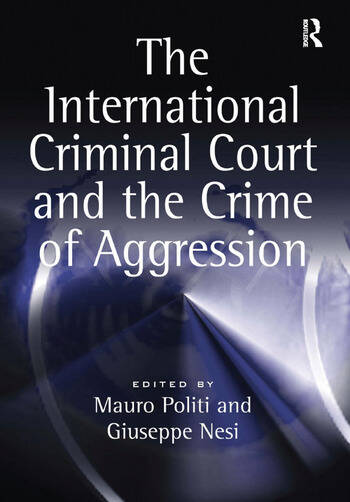 The International Criminal Court and the Crime of Aggression

The Rome Statute of the International Criminal Court entered into force in 2002 and the ICC will soon be fully operational. Earlier in the ICC process, an international conference was held in Trento to address a specific issue that is still unresolved in the post-Rome negotiations: the crime of aggression. Article 5 of the ICC Statute includes aggression, yet the Statute postpones the exercise of its jurisdiction over the crime of aggression until such time as further provisions have been prepared on the definition of this crime and on the related conditions for the Court's intervention. This important volume collects the papers given by the participants at the Trento Conference. The volume is divided into three parts: the historical background of the crime of aggression; the definition of the crime of aggression, in light of proposals in the Preparatory Commission; and various points of view on the relationship between the Court's competence in adjudicating cases of alleged crimes of aggression and the Security Council's competence.

Both editors are Full Professors of International Law in the Law Faculty of the University of Trento, Italy. In addition, Mauro Politi is currently Judge of the ICC and Giuseppe Nesi is the Legal Counsel at the Permanent Mission of Italy to the UN in New York.

'The intended audience is not limited...to scholars and diplomats: legal experts and practitioners alike will appreciate the scope and depth of the material, as well as the critical analysis employed by the volume's contributors. This book represents a fundamental addition to the study of international criminal justice. In the light of the ongoing negotiations within the international community in regard to the definition of crimes of aggression and the court's jurisdiction, the Proceedings of the Trento Conference mark a milestone in this field.' Judge Meron, President, International Criminal Tribunal for the Former Yugoslavia

The International Criminal Court and the Crime of Aggression