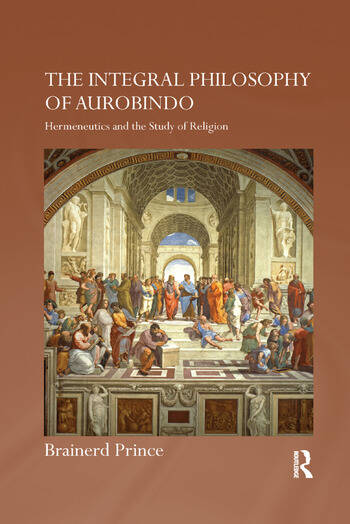 The Integral Philosophy of Aurobindo: Hermeneutics and the Study of Religion

Such an understanding of Aurobindo’s philosophy, offering both substantive and methodological insights for the academic study of religion, subdivides into three interrelated aims. The first is to demonstrate that the power of the Aurobindonian vision lies in its self-conception as a traditionary-hermeneutical enquiry into religion; the second, to draw substantive insights from Aurobindo’s enquiry to envision a way beyond the impasse within the current religious-secular debate in the academic study of religion. Working out of the condition of secularism, the dominant secularists demand the abandonment of the category ‘religion’ and the dismantling of the academic discipline of religious studies. Aurobindo’s integral work on ‘religion’, arising out of the Vedānta tradition, critiques the condition of secularity that undergirds the religious-secular debate. Finally, informed by the hermeneutical tradition and building on the methodological insights from Aurobindo's integral method, the book explores a hermeneutical approach for the study of religion which is dialogical in nature.

This book will be of interest to academics studying Religious Studies, Philosophy of Religion, Continental Hermeneutics, Modern India, Modern Hinduism as well as South Asian Studies.

3. The Life Divine – I: Whose Tradition? Which Rationality?

4. The Life Divine – II: Transcendence and the Sevenfold Being

5. The Human Cycle: Articulation as Narrative

6. The Synthesis of Yoga: Action, Yoga and Tradition

7. Conclusion: The Journey and Beyond

The Integral Philosophy of Aurobindo: Hermeneutics and the Study of Religion