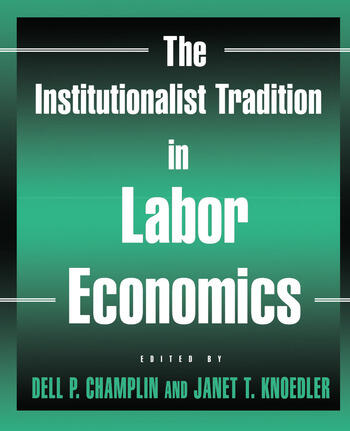 The Institutionalist Tradition in Labor Economics

While there are many economists in schools, government, unions, and non-profit organizations working in the institutionalst tradition, there has been no book that describes this tradition -- until now. Editors Champlin and Knoedler have brought together prominent labor economists, highly respected institutional economists, and newer scholars working on such compelling issues as immigration, wage discrimination, and living wages. Their essays portray the institutionalist tradition in labor as it exists today as well as its historical and theoretical origins. The result is a major contribution to the literature of labor economics, institutionalist economics, and the history of economic thought.

The Institutionalist Tradition in Labor Economics