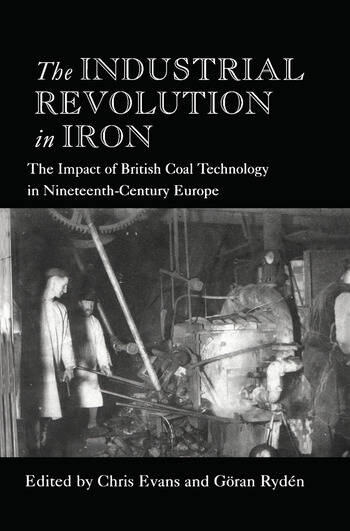 The Industrial Revolution in Iron: The Impact of British Coal Technology in Nineteenth-Century Europe

The essays in this volume, each written by an acknowledged expert in the field, trace the fortunes of British coal technology as it spread across the European continent, from Sweden and Russia to the Alps and Spain, and supply an authoritative picture of industrial transformation in one of the key industries of the 19th century. In this period iron making in continental Europe was transformed by the take-up of technologies such as coke smelting and iron puddling that had already revolutionised the British iron industry. The transfer of British technologies was fundamental to European industrialisation, but that transfer was not straightforward. The techniques that had proved so successful in Britain had to be adapted to local circumstances elsewhere, for charcoal-fired techniques proved surprisingly durable. More often than not, as these studies show, coal-fired methods were incorporated into traditional production systems, making for the proliferation of technological hybrids. Overall, it is diversity that stands out. Some European regions (southern Belgium) came near to the British model; others (Spain) persisted with charcoal technology into the late 19th century. Some countries (Sweden) adopted British organisational principles but not the reliance on coal; others (Russia) maintained different iron making sectors - one coal-based, the other loyal to charcoal - in parallel.

'... well-written individual contributions provide a valuable addition to our knowledge of the complexities of technology transfer during industrialization.' Business History 'This book makes an invaluable contribution to our understanding of technology transfer and the global modernization of the iron industry.' Technology and Culture ’...these well-researched papers deepen our understanding of the role of iron technology in the Industrial Revolution.’ Ambix

The Industrial Revolution in Iron: The Impact of British Coal Technology in Nineteenth-Century Europe