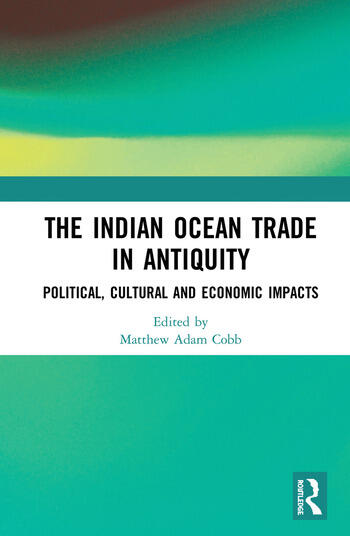 The period from the death of Alexander the Great to the rise of the Islam (c. late fourth century BCE to seventh century CE) saw a significant growth in economic, diplomatic and cultural exchange between various civilisations in Africa, Europe and Asia. This was in large part thanks to the Indian Ocean trade. Peoples living in the Roman Empire, Parthia, India and South East Asia increasingly had access to exotic foreign products, while the lands from which they derived, and the peoples inhabiting these lands, also captured the imagination, finding expression in a number of literary and poetic works.

The Indian Ocean Trade in Antiquity

provides a range of chapters that explore the economic, political and cultural impact of this trade on these diverse societies, written by international experts working in the fields of Classics, Archaeology, South Asian studies, Near Eastern studies and Art History. The three major themes of the book are the development of this trade, how consumption and exchange impacted on societal developments, and how the Indian Ocean trade influenced the literary creations of Graeco-Roman and Indian authors.

This volume will be of interest not only to academics and students of antiquity, but also to scholars working on later periods of Indian Ocean history who will find this work a valuable resource.

Chapter 2: From the Ptolemies to Augustus: Mediterranean Integration into the Indian Ocean Trade

Chapter 4: Ethnographies of Sailing: From the Red Sea to the Bay of Bengal in Antiquity

Chapter 5: Patchworking the West Coast of India: Noes of the ‘Periplus of the Erythaean Sea’

Chapter 6: Indian Ocean Commerce in Context: The Economic and Revenue Significance of Red Sea Trade in the Ancient World Economy

Chapter 9: The Universe from an Egg: Creation Narratives in the Ancient Indian and Greek Texts

Chapter 10: The Impact of the Indian Ocean Trade on the Ancient Novel

Chapter 11: Between Egypt and India: on the Route of the Ancient Novel

Matthew Adam Cobb is a lecturer in ancient history at the University of Wales Trinity Saint David, UK, and his main area of research focuses on Graeco-Roman participation in the Indian Ocean trade, as well as cross-cultural engagement between the West and East in antiquity.