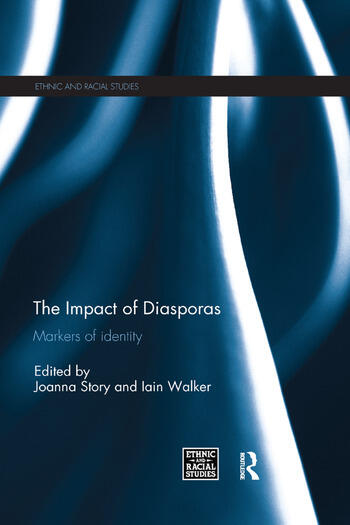 The Impact of Diasporas: Markers of identity

Markers of identity define human groups: who belongs and who is excluded. These markers are often overt – language, material culture, patterns of behaviour – and are carefully nurtured between generations; other times they can be invisible, intangible, or unconscious. Such markers of identity also travel, and can be curated, distilled, or reworked in new lands and in new cultural environments. It has always been thus: markers of identity are often central to the ties that bind dispersed, diasporic communities across lands and through time. This book brings together research that discusses a very wide range of scholarly approaches, periods, and places – from the Viking diaspora in the north Atlantic, and Anglo-Saxon treasure hoards, to what DNA can and cannot reveal about human identity, to modern, multicultural Martinique, East London, and urban Africa, and the effect of the absence of geopolitical identity, of statelessness, among the Roma and Palestinians – to better understand how markers of identity contribute to the impact of diasporas. This book was originally published as a special issue of Ethnic and Racial Studies.

Introduction – The impact of diasporas: markers of identity Joanna Story and Iain Walker

1. In the blood: the myth and reality of genetic markers of identity Mark A. Jobling, Rita Rasteiro and Jon H. Wetton

4. One of us? Negotiating multiple legal identities across the Viking diaspora Pragya Vohra

9. On the threshold of statelessness: Palestinian narratives of loss and erasure Elena Fiddian-Qasmiyeh

Joanna Story is Professor of Early Medieval History at the University of Leicester, UK.

is an Associate Member of the Max Planck Institute for Social Anthropology, Halle, Germany.

The Impact of Diasporas: Markers of identity