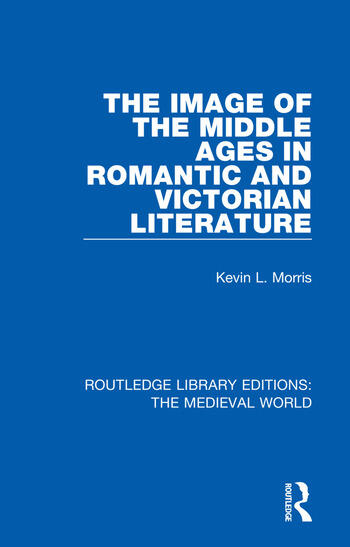 The Image of the Middle Ages in Romantic and Victorian Literature

Originally published in 1984, The Image of the Middle Ages in Romantic and Victorian Literature looks at the impact of medievalism in the 18th and 19th centuries and the importance of post-Enlightenment literary religious medievalism. The book suggests that religious medievalism was not a superficial cultural phenomenon and that the romantic spirit with which it was chronologically connected, was intimately associated with the metaphysical. The book suggests that this belief gave birth to the metaphysical yearning and cultural expression of the eighteenth and nineteenth century. The book seeks to clarify the post-Enlightenment relationship between aesthetic culture and ‘aesthetic’ religion, romanticism, medievalism and religious trends.

6. Attitudes to Medieval Ecclesiastical Architecture in the Eighteenth and Nineteenth Centuries

7. John Ruskin and Medieval Art in the Nineteenth Century

The Image of the Middle Ages in Romantic and Victorian Literature