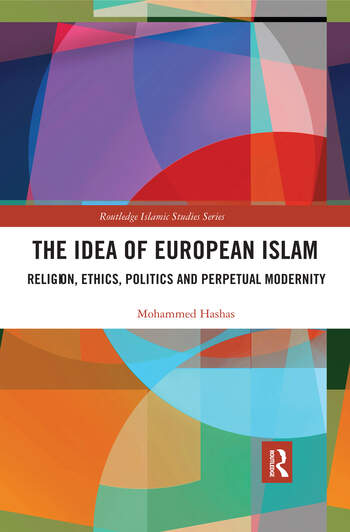 Suspicions about the integration of Islam into European cultures have been steadily on the rise, and dramatically so since 9/11. One reason lies in the visibility of anti-Western Islamic discourses of salafi origin, which have monopolized the debate on the "true" Islam, not only among Muslims but also in the eyes of the general population across Europe; these discourses combined with Islamophobic discourses reinforce the so-called incompatibility between the West and Islam.

This book breaks away from this clash between Islam and the West, by arguing that European Islam is possible. It analyzes the contribution that European Islam has made to the formation of an innovative Islamic theology that is deeply ethicist and modern, and it clarifies how this constructed European Islamic theology is able to contribute to the various debates that are related to secular-liberal democracies of Western Europe. Part I introduces four major projects that defend the idea of European Islam from different disciplines and perspectives: politics, political theology, jurisprudence and philosophy. Part II uses the frameworks from three major philosophers and scholars to approach the idea of European Islam in the context of secular-liberal societies: British scholar George Hourani, Moroccan philosopher Taha Abderrahmane and the American philosopher John Rawls. The book shows that the ongoing efforts of European Muslim thinkers to revisit the concept of citizenship and political community can be seen as a new kind of political theology, in opposition to radical forms of Islamic thinking in some Muslim-majority countries.

Opening a new path for examining Islamic thought "in and of" Europe, this book will appeal to students and scholars of Islamic Studies, Islam in the West and Political Theology.

Introduction: From Islam in Europe to European Islam

Part I: Voices of European Islam

From European Islam to Arab Islam

Mohammed Hashas’s book points to ways to break away from essentialized and inverted perceptions of Islam and Muslims by focusing on the original thinking of European Muslim thinkers who are providing new theological responses to address the specifics of European Muslims, therefore taking a much needed distance from Middle Eastern and/or salafi religious discourses. His work discusses the specificity of European Islamic thinking and emphasizes the importance of considering it as seriously as we consider thinkers in the Middle East or Asia.

In this meticulous and frequently brilliant study of the ideas, practices and precedents of European Islam, Mohammed Hashas illuminates and engages intellectual landscapes at the intersection of geography, theology, philosophy and politics. This book deserves a wide readership. After the dust settles, and it always does, The Idea of European Islam will remain on bookshelves and syllabi for years to come.

In a serious effort to capture the contours and details of European Islam, Mohammed Hashas provides an engaging account of several Muslim thinkers in Europe. He provides a theory to discuss the content of Muslim moral philosophy, theology and politics in conversation with leading thinkers based in Europe and those outside the continent in a search for solutions. Provocative as well as engaging. Anyone interested in one of the most important questions regarding the future of Europe in an age of migration and technological acceleration will find this to be an important book.