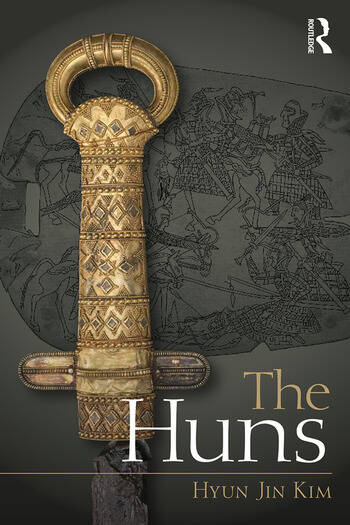 This volume is a concise introduction to the history and culture of the Huns. This ancient people had a famous reputation in Eurasian Late Antiquity. However, their history has often been evaluated as a footnote in the histories of the later Roman Empire and early Germanic peoples. Kim addresses this imbalance and challenges the commonly held assumption that the Huns were a savage people who contributed little to world history, examining striking geopolitical changes brought about by the Hunnic expansion over much of continental Eurasia and revealing the Huns' contribution to European, Iranian, Chinese and Indian civilization and statecraft. By examining Hunnic culture as a Eurasian whole, The Huns provides a full picture of their society which demonstrates that this was a complex group with a wide variety of ethnic and linguistic identities. Making available critical information from both primary and secondary sources regarding the Huns' Inner Asian origins, which would otherwise be largely unavailable to most English speaking students and Classical scholars, this is a crucial tool for those interested in the study of Eurasian Late Antiquity.

Introduction
-Inner Asia: The Homeland of the Huns
-Nomads? The Huns, a heterogeneous agro-pastoralist society
-The Quest for Ethnicity and Origins: Who are the Huns?

Chapter 4: The Huns of Europe
-Pre-Hunnic Huns?
-Europe on the eve of Hunnic arrival
-The Invasion of the Huns
-Uldin
-Ruga and Octar
-Hunnic Political Organisation in Europe

Chapter 5: Attila the Hun
-Bleda and Attila
-Attila as the supreme ruler
-Attila invades the West

Chapter 6: The Huns after Attila
-Hunnic Civil War and the dissolution of the Hunnic Empire
-Post-Attila kings of Europe
-Brief Reunification and Final Dissolution of the western Hunnic Realm

Chapter 7: The Huns of the Pontic steppes: the Utigur-Kutrigur ‘Bulgar’ Huns
-The Oghurs
-The Political History of the Bulgar Huns, the Caucasian Huns and the Avars

Hyun Jin Kim is Lecturer in Classics at the University of Melbourne, Australia.