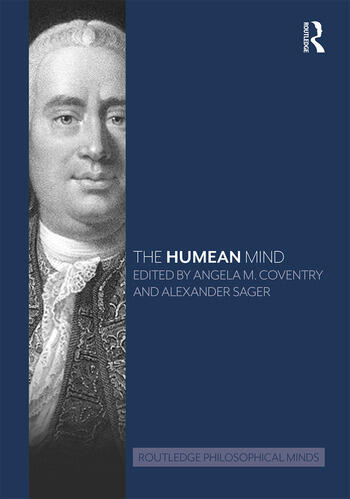 David Hume (1711–1776) is widely acknowledged as one of the most important philosophers in the English language, with his work continuing to exert major influence on philosophy today. His empiricism, naturalism, and psychology of the mind and the passions shape many positions and approaches in the sciences and social sciences.

The Humean Mind seeks to provide a comprehensive survey of his work, not only placing it in its historical context but also exploring its contemporary significance. Comprising 38 chapters by a team of international contributors the Handbook is divided into four sections:

This handbook includes coverage of all major aspects of Hume’s thought with essays spanning the full scope of Hume’s philosophy. Topics explored include Hume’s reception in the eighteenth and nineteenth centuries; Hume’s legacy in the twentieth and twenty-first centuries; Hume’s history, including an essay on Hume as historian, as well as essays on the relevance of history to Hume’s philosophy and his politics, and an updated treatment of Hume’s Legal Philosophy. Also included are essays on race, gender, and animal ethics.

is Associate Professor of Philosophy at Portland State University, USA.

She is the author of Hume’s Theory of Causation: A Quasi-Realist Interpretation (2006) and Hume:

A Guide for the Perplexed (2007), co-editor (with Andrew Valls) of the volume David Hume: Morals,

Politics and Society (2018), and has also written several articles and book reviews published in

of Philosophy Quarterly. She has served as Vice President and Executive Secretary-Treasurer of The

Hume Society and as co-editor of the journal Hume Studies.

University, USA. He has published widely in social and political philosophy on topics including

migration, citizenship, and methodology, as well as on the political thought of David Hume.

"This volume is a singular achievement in its unique combination of depth and breadth. The range is dazzling and is not sacrificed for quality — the volume is exemplary for its mix of established and excellent younger scholars as well as drawing on contributors from a wide range of subjects. Although there are many collections on Hume this one really is a must."