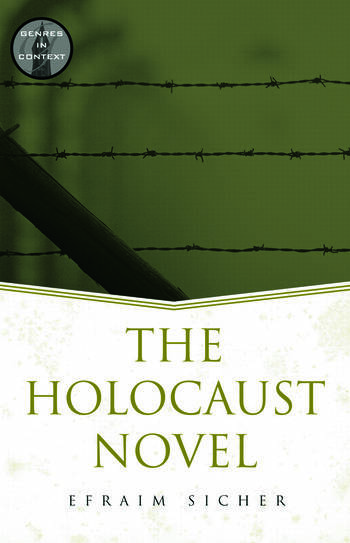 The first comprehensive study of Holocaust literature as a major postwar literary genre, The Holocaust Novel provides an ideal student guide to the powerful and moving works written in response to this historical tragedy. This student-friendly volume answers a dire need for readers to understand a genre in which boundaries and often blurred between history, fiction, autobiography, and memoir. Other essential features for students here include an annotated bibliography, chronology, and further reading list. Major texts discussed include such widely taught works as Night, Maus, The Shawl, Schindler's List, Sophie's Choice, White Noise, and Time's Arrow.

1. About the Holocaust Novel  2. Survivors: "If It Is a Novel, It Is Not About Majdanek..."  3. The Jewish American Post-Holocaust Novel: Imagining the Unimaginable  4. Holocaust Fictions, or Fictional Holocausts  5. The "Second Generation": The Vicarious Witness  6. Postmodernist "Holocausts"

Efraim Sicher is Professor of English and Comparative Literature at Ben-Gurion University of the Negev, Beer-Sheva, Israel. He is author of Beyond Marginality: Anglo-Jewish Literature after the Holocaust, Style and Structure in the Prose of Isaac Babel, Jews in Russian Literature After the October Revolution, and Breaking Crystal: Writing and Memory After Auschwitz.

"Efraim Sicher's The Holocaust Novel is a most comprehensive, intelligent, and empathetic study of the literature representing the murder of the six million. As such it is also a history of the cultural reception of the Holocaust over six decades and innumerable national literary traditions. Readable and accessible, it is also an extremely useful handbook of "Holocaust" culture." -- Sander L. Gilman, Weidenfeld Professor of European Comparative Literature, St. Anne's College, Oxford University