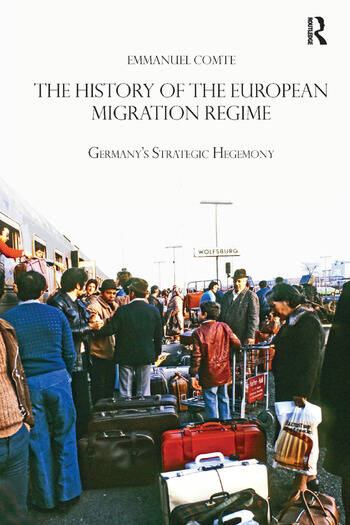 The History of the European Migration Regime: Germany's Strategic Hegemony

After the Second World War, the international migration regime in Europe took a course different from the global migration regime and the migration regimes in other regions of the world. From the bureaucratic and restrictive practices that prevailed in the late 1940s in most parts of Europe, the European migration regime was deeply transformed by the gradual implementation of the free movement of people within the European Community, of European citizenship, and of the Schengen agreements in their internal and external dimensions. They have produced a regional regime in Europe with an unparalleled degree of intra-regional openness and an unparalleled degree of closure towards migrants from outside Europe. On the basis of relevant national and international archives, this book explains how German geopolitical and geo-economic strategies during the Cold War shaped the openness of that original regime. The History of the European Migration Regime highlights how the regime was instrumental for Germany to create a stable international order in Western Europe after the war, conducive to German reunification, the rollback of Russian influence from Central Europe, and German economic expansion. The book embraces a large time frame, mostly between 1947 and 1992, and deals with all types of migration between and towards European countries: the movements of unskilled labourers, skilled professionals, and self-employed workers, along with the migrants’ family members, examining both their access to economic activity and their social and political rights.

Emmanuel Comte is Lecturer in European History at the University of California, Berkeley.

The History of the European Migration Regime: Germany's Strategic Hegemony