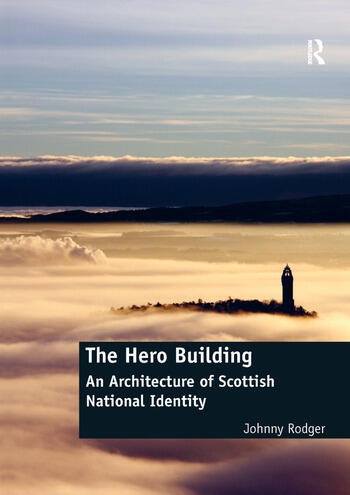 The Hero Building: An Architecture of Scottish National Identity

Why was it that, across Scotland over the last two and a half centuries, architectural monuments were raised to national heroes? Were hero buildings commissioned as manifestations of certain social beliefs, or as a built environmental form of social advocacy? And if so, then how and why were social aims and intentions translated into architectural form, and how effective were they? A tradition of building architectural monuments to commemorate national heroes developed as a distinctive feature of the Scottish built environment. As concrete manifestations of powerful social and political currents of thought and opinion, these hero buildings make important statements about identity, the nation and social history. The book examines this architectural culture by studying a prominent selection of buildings, such as the Burns monuments in Alloway, Edinburgh and Kilmarnock, the Edinburgh Scott Monument, the Glenfinnan Monument and the Wallace Monument in Stirling. They give testimony to how a variety of architectural forms and styles can be adapted through time to bear particular social messages of symbolic weight. This tradition, which literally allows us to dwell on important social issues of the past, has been somewhat neglected in serious architectural history and heritage, and indeed one of the main monuments has already been destroyed. By raising awareness of this rich architectural and social heritage, while analysing and interpreting the buildings in their historical context, this book makes an exciting and original scholarly contribution to the current debates on identity and nationality taking place in Scotland and the wider UK.

Johnny Rodger is Professor of Urban Literature at the Glasgow School of Art. His published work includes fiction such as The Auricle (1995) and Redundant (1998) and critical volumes like Contemporary Glasgow (Rutland Press, 1999), Gillespie Kidd & Coia 1956-87 (RIAS, 2007), Tartan Pimps: Gordon Brown, Margaret Thatcher and the New Scotland (2010), and The Red Cockatoo: James Kelman and the Art of Commitment (2011).

’A contribution not only to architectural history but also to describing the deeper aesthetic self-conception of nationality in nineteenth and early twentieth-century Scotland. The layers of civic, historic and literary consciousness essayed in this book make it a bold new landmark in the explanation of Scotland's monumentality.’ Gerard Carruthers, University of Glasgow, UK

The Hero Building: An Architecture of Scottish National Identity