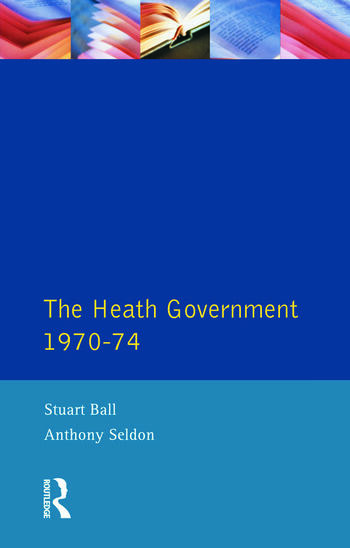 Only now is it possible to see Edward Heath's controversial administration (1970-1974) in balanced historical perspective - and increasingly it seems a turning-point for postwar Britain. This timely volume explores the agenda of the Heath government in all its aspects (including economy, industrial relations, social policy, immigration, Northern Ireland, British entry into Europe, and foreign relations), assesses how far it achieved its aims, and examines the response to them. The book is based upon much new research, including the archives of the Conservative Party and the TUC, and interviews with many of those involved at the heart of government. The result will be essential reading for anyone interested in modern British history, politics and government.