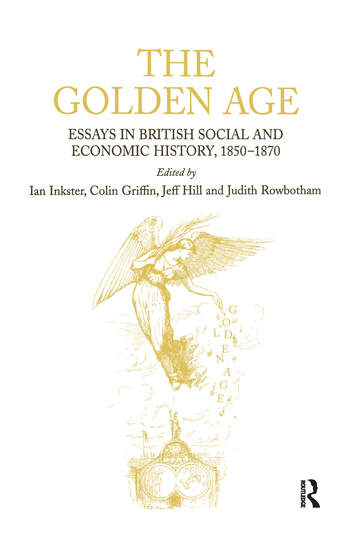 The Golden Age: Essays in British Social and Economic History, 1850–1870

In 1850 the Industrial Revolution came to an end. In 1851 the Great Exhibition illustrated to the whole world the supremacy of industrial England. For the next twenty years Britain reigned supreme. From around 1870 Britain began to decline. Britain is now a second rate power with strong memories of its former supremacy. The above five sentences summarise a common view of the sequencing of Britain’s rise and relative fall, a stereotype that is challenged and modified in the essays of The Golden Age. By concentrating on central aspects of social and industrial change authors expose the underpinnings of supremacy, its unsung underside, its tarnished gold. Major themes cover industrial and technological change, social institutions and gender relations in a period during which industry and industrialism were equally celebrated and nurtured. Against this background it is difficult to argue for any sudden decline of energy, assets or institution, nor for any significant move from an industrial society to one in which a hearty manufacturing was replaced by commerce and land, sensibility and artifice.

'... intriguing and thought-provoking... This is a book that poses important questions and raises crucial concerns about our understanding of this period.' Canadian Journal of History

The Golden Age: Essays in British Social and Economic History, 1850–1870