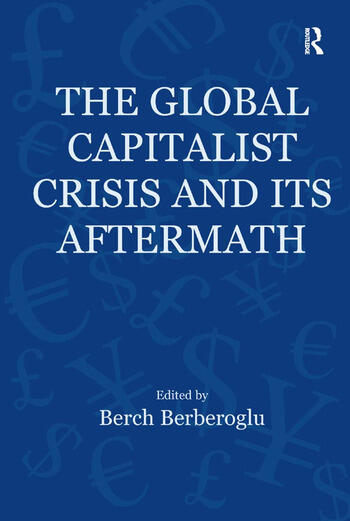 The Global Capitalist Crisis and Its Aftermath: The Causes and Consequences of the Great Recession of 2008-2009

Written by a team of experts on the contemporary global capitalist political economy who are able to shed light on the inner workings of global capitalism and the capitalist globalization process that has led to the growth and development of capitalism from the national to the global level, this groundbreaking volume provides critical analyses of the causes and consequences of the Great Recession of 2008-2009. Through a careful examination of the origin, development and aftermath of the catastrophic economic crisis from which the world is still trying to recover, editor Berch Berberoglu and his colleagues demonstrate that those most responsible for the economic collapse are the ones least affected by its devastating impact felt most severely by working people around the world. Ultimately, this book argues that it is only through the systematic restructuring of the world economy by the working class that society will be able to prevent the boom and bust cycle of global capitalist crises and usher in a more egalitarian socialist economy and society.

Berch Berberoglu is Professor of Sociology, Department Chair, and Director of Graduate Studies in Sociology at the University of Nevada, Reno, where he has been teaching for the past 36 years. He has written and edited 30 books and many articles. His most recent books are Political Sociology: An Introduction to the State and Society (2013), Beyond the Global Capitalist Crisis: The World Economy in Transition (2012), and Globalization in the 21st Century: Labor, Capital, and the State on a World Scale (2010). He is series editor for Ashgate for the book series Globalization, Crises, and Change� and for Palgrave Macmillan for the book series Social Movements and Transformation.� His latest book America Beyond Empire: The Promise and a Vision for a New America in the 21st Century will be published by Paradigm.

The Global Capitalist Crisis and Its Aftermath: The Causes and Consequences of the Great Recession of 2008-2009