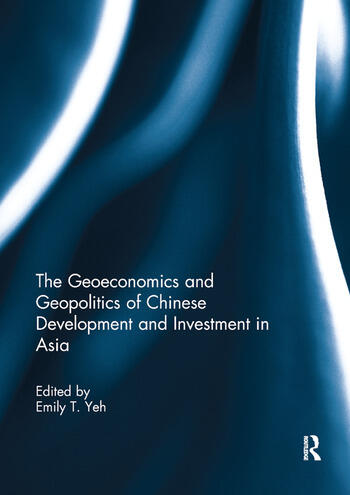 The Geoeconomics and Geopolitics of Chinese Development and Investment in Asia

The recent launching of China’s high profile Belt and Road Initiative and its founding of the Asian Infrastructure Investment Bank have underscored China’s rapidly growing importance as a global player in development, diplomacy, and economic governance. To date, scholarship on "China abroad" has focused primarily on Africa and Latin America. In comparison, China’s investment and development assistance among its neighbors in Asia have been understudied, despite the fact that China’s aid and overseas investment remain concentrated in Asia, the countries of which have had complex and often fraught cultural and political relationships with China for more than a millennia.

Through case studies from Southeast Asia, South Asia, and Central Asia, this volume provides a targeted examination of the intertwined geoeconomics and geopolitics of China’s investment and development in Asia. It provides in-depth and grounded analyses of nationalisms and state-making projects, as well as the material effects of China’s "going out" strategy on livelihoods, economies, and politics. The volume contributes to understandings of what characterizes Chinese development, and pays attention to questions of elite agency, capitalist dynamics, state sovereignty, the politics of identity, and the reconfiguration of the Chinese state. The chapters in this article originally appeared in a special issue of Eurasian Geography and Economics.

Emily T. Yeh is Professor of Geography at the University of Colorado Boulder, USA. She is the author of Taming Tibet: Landscape Transformation and the Gift of Chinese Development, and co-editor of Mapping Shangrila: Contested Landscapes in the Sino-Tibetan Borderlands, and Rural Politics in Contemporary China.

The Geoeconomics and Geopolitics of Chinese Development and Investment in Asia