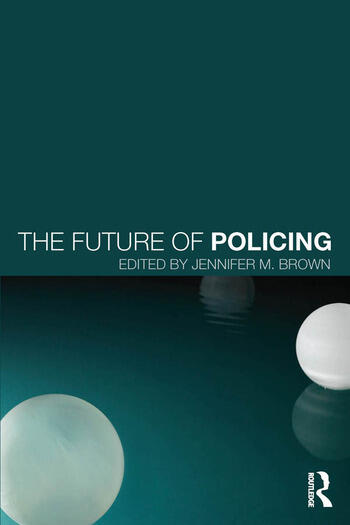 The Future of Policing

The police service in England and Wales is facing major challenges in its financing, political oversight and reorganisation of its structures. Current economic conditions have created a wholly new environment whereby cost saving is permitting hitherto unthinkable changes in the style and means of delivery of policing services. In the context of these proposed changes Lord Stevens, formerly Commissioner of the Metropolitan Police Service was asked to chair an Independent Commission looking into the future of policing. The Commission has a wide ranging remit and the papers in this book offer up-to-date analysis of contemporary problems from the novel perspective of developing a reform agenda to assist the Commission.

Bringing together contributions from both key academic thinkers and police professionals, this book discusses new policing paradigms, lays out a case for an evidence-based practice approach and draws attention to developing areas such as terrorism, public order and hate crime.

Policing is too important to be left to politicians, as the health of a democracy may be judged by the relationship between the police and the public. The aim of this book is to question and present analyses of problems offer new ideas and propose realistically achievable solutions without being so timid as to preserve the status quo. It will be of interest to both academics and students in the fields of criminology and policing studies, as well as professionals in the policing service, NGOs and local authority organisations.

Jennifer M. Brown is a co-director of the Mannheim Centre for Criminology at the LSE. She is also the deputy chair of the Independent Commission looking at the future of policing in England and Wales. She is a chartered forensic and chartered occupational psychologist and has been an active researcher in the areas of police occupational culture and police decision making in the investigation of serious crime. Professor Brown previously worked as research manager for the Hampshire Constabulary where she undertook pioneering studies of stress amongst police officers and sex discrimination experienced by women police.

The Future of Policing